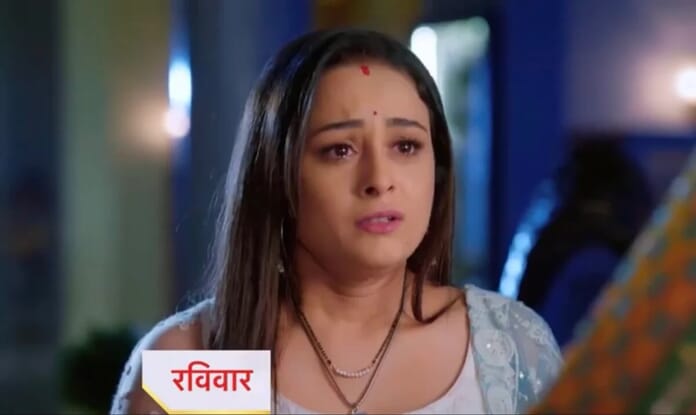 Star Plus’ popular show Saath Nibhana Saathiya 2 has gained popularity ever since Gehna and Anant have defeated Kumar and Sagar. The makers have now brought the track to a happy ending with Anant coming back to the Desias. With Gehna’s mom and sister back in her life to take revenge from Gehna, the next track is going to be more challenging for Gehna and Anant. Now, what will be Gehna’s next move will be something interesting to watch.

In the current track, Jamuna shows how upset she ia from Praful because she agreed to Gehna. Later, Gehna gets to know that Swara and she have same mother. Gehna becomes emotional. Gehna hugs Kusum and then Swara. Swara is about to stab Gehna when Kusum stops her. Gehna goes to inform everyone. Here, Swara asks Kusum why she stopped her? Kusum says I remember what Gehna did with us but right now she has everything and we need to use the money and power she has and get her down. Flashback is shown where Kusum stole some jewels ans Gehna as a child exposes Kusum infront of her dad.

Kusum is about to slap Gehna but Kusum gets slapped by her husband and is asked to return the jewels but Kusum takes Swara and leaves. Flashback ends. Kusum blames Gehna for her misery and so does Swara. Gehna infroms the Desai about Kusum being her mother. Later, Swara and Kusum decide to defame Gehna and put her in a fight between them and her inlaws. Swara dances when the guests come. The guests find it odd and cheap.

While Jamuna becomes furious, Gehna tries to defend Swara. Jamuna becomes upset and goes. Kusum and Swara help Gehna in kitchen to show their loyalty towards her. Later, Kusum and Swara go saying they are not well. Anant comes and romances with Gehna in Kitchen. Gehna thinks to go to Jamuna to talk to her but Anant asks her to give Jamuna time. Gehna confronts Swara for going to Pankaj. Kusum states how she has a sleep walking problem.

Gehna keeps a keen eye on them. Jamuna feels irritated with the presence of Kusum. Here, Swara plans to steal money and put the blame on Gehna. Later, Gehna gets the locker key at a suspicious place so she thinks who must have dropped it. Gehna catches Swara red handed. She regrets her decision to bring Swara and Kusum into Desai mansion and thinks to expose them and apologise to Jamuna.

Later, everyone brings came for Pankaj as it’s his birthday. Pankaj sees Swara dressed up in saree and with a cake. Pankaj gets mesmerised by her. Swara deliberately falls and Pankaj holds her. Gehna sees this and asks Pankaj to go inside as everyone is waiting while Gehna warns and slaps Swara. Swara pushes Gehna. Gehna warns Kusum and Swara, while Jamuna supports Gehna.
Gehna apologize to Jamuna and they hug. Next day everyone is searching for Pankaj and suddenly Pankaj enters dressed as groom and it is shown he married Swara. Jamuna is shocked and doesn’t accept Swara. Jamuna throws Swara out so Pankaj also goes. Jamuna falls ill and blames Gehna for it. Gehna decides to make Swara taste her own medicine of smartness and welcomes her inside Desai mansion.

In the upcoming episodes, Gehna and Anant will decide to reveal the real side of Swara infront of all.

Will Gehna be able to save Desai from Swara and Kusum’s next evil plan? How will Gehna and Anant solve this next challenge?