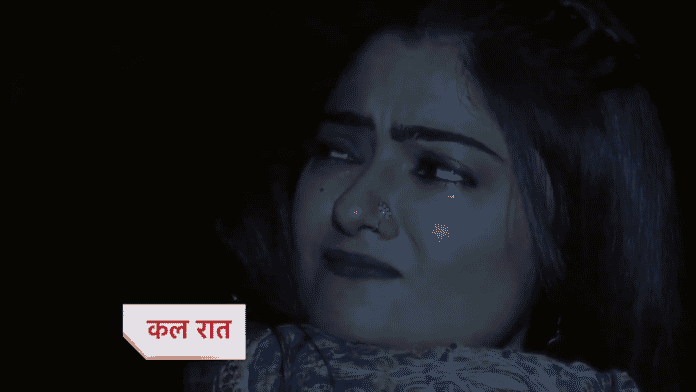 In the current track, Police comes to Desai mansion and takes everyone’s phone. Here, Anant pretends to be a auto wala. Kumar kidnaps Gehna, while she tries to stop the blast, she hits a switch to activate the bombs. Gehna then rushes to the place and tries to stop the bomb blast. Police brings bomb squad and they try to diffuse the bomb. Kumar’s people lock everyone inside the place and they get trapped.

Here, Anant hits Kumar and brings him to the hall and makes him admit his crime and asks him for rhe passkey to stop the blast. Later, everyone is happy with Anant being back. Desais celebrate. The media and everyone praises Anant and Gehna. Media asks Gehna about her past. Later, Gehna sees a girl dancing and feels a connection. Gehna is unable to think why she feels so. Later, Sagar gives statement against Kanak so Kanak makes a wall in making fall, but it falls on Jamuna.

Kanak then confesses it was her doing. A girl named Swara comes to save Jamuna. Gehna notices her. Kanak discovers that Swara’s mother is Gehna’s mother too and they got separated. Kanak thinks to use this to save herself from going to jail. Police arrives and takes Kanak while Kanak whisper to Gehna that she knows her secret. Gehna asks what? Kanak says if you want to know come and meet me in jail. Kanak smirks.

Gehna is in thoughts about what Kanak said. Anant asks Gehna not to give Kanak’s words so much importance as she is just playing with her mind. Gehna is still in thoughts and again has an encounter with Swara. Gehna takes care of Swara and her mother. Here, Jamuna thinks where is Gehna missing.

In the upcoming episodes, Gehna wi get to know about Swara’s mother being her mother. While Swara will stab Gehna.