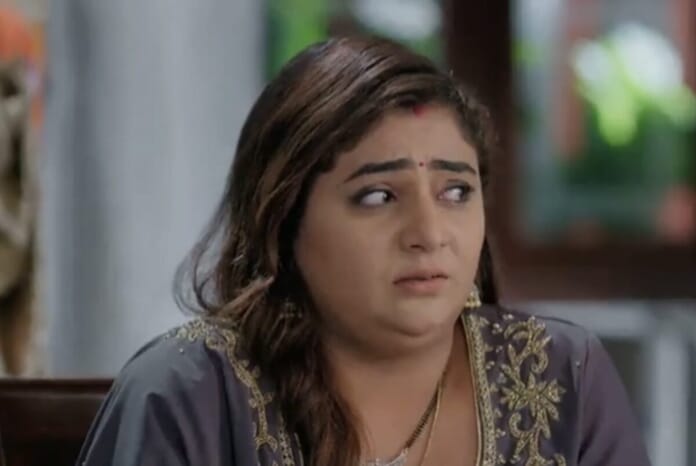 Star Plus’ popular show Saath Nibhana Saathiya 2 is gaining popularity ever since Gehna and Anant have started feeling for each other. Now, with thier anniversary nearing the corner, Gehna decides to surprise Anant by learning how to drive. Anant is yet to realise his love for Gehna but for viewers it’s easily visible.
With lots of twists and turns coming, with Gehna being blamed for Hema’s accident. It will be interesting to watch how Gehna and Anant sustain Kanak’s evil plans against them.

In the current track, Gehna comes back home worrying that Anant is worried about his car. Kanak helps Gehna to cover up and then gets shocked knowing Gehna pushed someone while driving. Kanak and Gehna go to the accident spot but find nothing.
Back at Desai’s, police comes to tell them about Hema getting hit by a car but they have a eye witness. Gehna is shocked and blames herself. Gehn goes to the police and confesses her crime, Anant comes there and takes the blame.

Later, Anant scolds Gehna and says that he can’t forgive her but he won’t let Gehna go to jail either so Anant takes the blame. Gehna confesses her crime infront of the Desai family, Jamuna slaps Gehna and tags Gehna as not the ideal daughter in law.

Everyone taunts Gehna and blame her for Anant going to jail. Gehna comes to the room and cries remembering everything. She sees Anant’s picture and wishes him marriage anniversary.

Here, Anant is thinking about Gehna in jail. In the hospital it is revealed that Kanak and Hema are just pretending that Hema is in serious condition. Here, Gehna threatens the driving teacher who reveals how a woman has asked her to do all this and let an accident happen by Gehna.

Gehna wonders who can it be. She calls the Desais to police station and make the teacher confess. The teacher sees Kanak and thinks he has seen her eyes somewhere.

Gehna brings evidence about how Anant was taking online class during the accident and how the shopkeepers near that area have not seen any accident. Police praises Gehna’s skills but then they say Hema is still injured.

Gehna then reveals a CCTV footage where Hema is eating her favourite dishes on the hospital bed. Police releases Anant. The Desai family questions and scolds Hema. Hema says it was Kanak’s plan.

In the upcoming episodes, Gehna will confronts Kanak that she knows it’s her plan and she is making Hema fall for it.