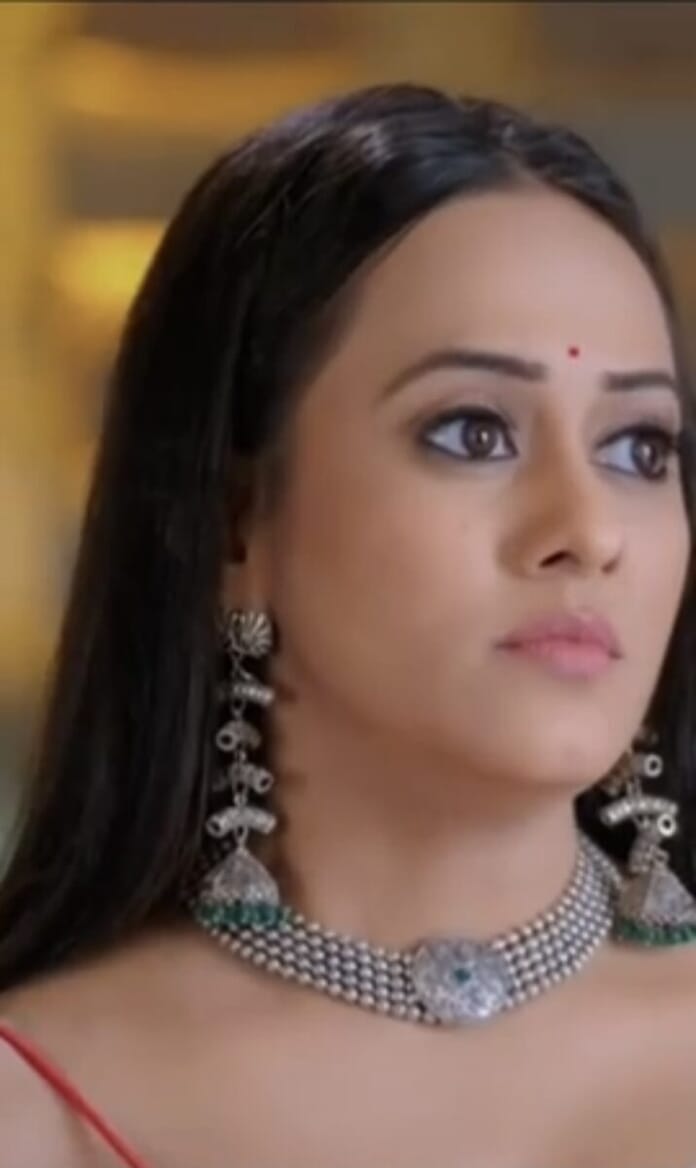 In the current track, Gehna thinks Anant knows more about Sagar. Gehna wonders why Sagar came to their room. Here, Radhika says to Kanak that calling Sagar was big mistake as he is not listening to anyone. Kanak tries to tell Sagar not to do stupidity when Sagar threatens her and says he is not alone this time. Radhika asks him about other partners and gets interested to know that this can be a nice revenge plan. Later, the professor comes and asks Gehna about Sagar. Gehna tells about Sagar and Professor faints. Gehna is shocked seeing that. The Desais help him and the professor asks Gehna to handover his some medicine to him. Gehna later goes to medical shop to know professor lied as those were just vitamin supplements. Here, Sagar gives a bag to Kanak and Radhika to keep it safe so they do keep it. Gehna sees it and thinks what must be inside it. Gehna tries to spy on Krishna to clear her doubts when suddenly everyone sees Jamuna falling off the stairs after getting pushed by someone. Sagar asks Radhika to inject one thing to Jamuna so that she doesn’t regain consciousness. Gehna tries to stop Radhika from injecting Jamuna. Later, a shocked Gehna tries to make Anant aware about professor and Krishna’s plan but Anant does not believe her.

In the upcoming episodes, Anant and Gehna will find out that Sagar’s partner is arrested.