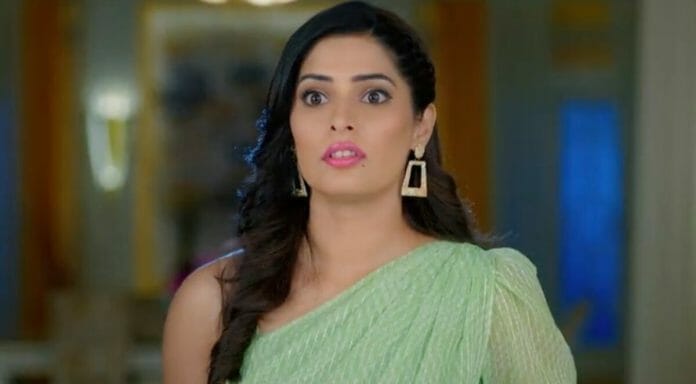 Sneha Jain and Gautam Vig starrer Saath Nibhaana Saathiya 2 is one of the top Star Plus show. It is a sequel to the long-running show Saath Nibhaana Saathiya. Now, Gehna scares Suhani using Urmila. Meanwhile, Sarika collides with Urmila in Seth mansion so it will be intriguing to watch that what going to happen in the future episodes.

In the current track, exhausted Suhani enters the house. Surya asks her that what happened to her. She tells him that she is fine and moves towards her room. She screams when a showpiece falls beside her. Surya runs to her and consoles her. He takes her to her room and asks Sarika to sleep with Suhani. He is about to call the doctor but Suhani stops him. He asks her to take rest and leaves from there. Suhani tells Sarika that she can see Urmila everywhere. Sarika tells her that seems like Urmila returned as ghost to get revenge. Dada and Dadi discuss about Suhani and asks Gehna about Suhani. Gehna tells them that how she scared Suhani using Urmila. Suhani tells Sarika that she will kill Surya once he gets divorce and she gets his property. Dadi says that Surya didn’t get mother’s love. Gehna promises to Dada and Dadi that Suhani will be punished for her wrongdoings and also she will protect Surya from Suhani. Later, Suhani hears Urmila’s voice and faints seeing red colour footprints. Gehna says that she will get revenge on Suhani for Surya.

In the upcoming episode, Sarika will follow Urmila and will ask her that who is she.

Will Sarika learn about Urmila being alive? How Urmila will escape now?