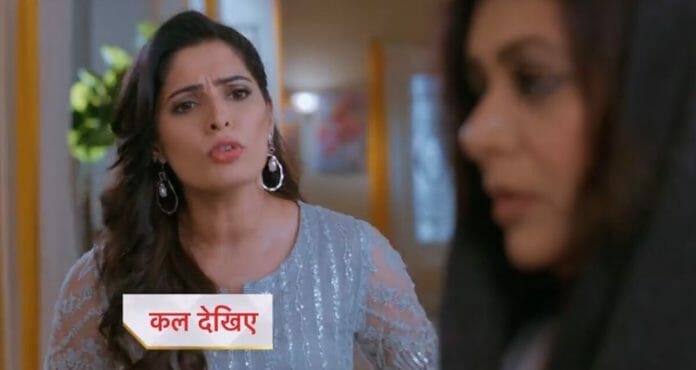 Sneha Jain and Gautam Vig starrer Saath Nibhaana Saathiya 2 is one of the top Star Plus show. It is a sequel to the long-running show Saath Nibhaana Saathiya. Now, Gehna plans to get Suhani’s confession. Meanwhile, Sarika questions Urmila so it will be intriguing to watch that what going to happen in the future episodes.

In the current track, Gehna and Shreya collects fake footprints and leaves from there. Sarika returns from the kitchen and screams seeing Suhani in unconscious state. After some time, Suhani regains her consciousness. Surya asks her that what happened to her. Suhani says that she heard that sound and she saw blood marks over there. Sarika asks that if Suhani really saw a ghost. Gehna says that they should not ignore Suhani’s claims. Shreya asks Dadi to call the exorcist. Dadi asks Surya to decide. Surya says that he don’t believe in superstition but he can’t take any risk in Suhani’s case so they can do whatever they wants to do. Dadi says that Santosh is an experienced exorcist and she will call her tomorrow. Next day, Gehna and Urmila meets in the temple. Gehna promises to unite Urmila with Surya. She says that their plans have become successful and Suhani is getting weaker day by day. Urmila says that Suhani won’t give up and she is really dangerous and the tables could turn on them anytime. Gehna says that she will make Suhani confess because Urmila’s statement is invalid without proof in the court. Suhani enters the bathroom and gets shocked seeing message written on the mirror. She tells about it to Sarika. Gehna erases the message and escapes from the bathroom. Sarika finds nothing and tells about it to Suhani. Surya sees Gehna climbing the pipe and questions her. She blabbers to escape. She finds the divorce papers which has Surya’s signature and cries.

In the upcoming episode, Sarika will collide with Urmila in Seth mansion. She will ask her that who is she. Gehna, Shreya and Dadi will see that.

What will Urmila say to Sarika? Will Suhani come there?