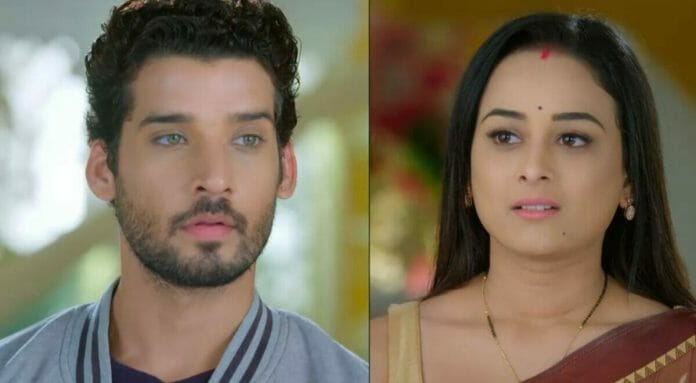 Now, Surya decided to divorce Gehna after six months of staying together also so it will be intriguing to watch that what going to happen in the future episodes.

In the current track, Kartick refuses to take chocolates from Sikandar and goes inside with Shreya. Sikandar blames Gehna for Kartick’s behaviour. Gehna tells him that kids don’t need any influence. He tells her that she can’t separate him from Kartick.

He says that he will get Kartick’s custody through court. She tells him that he can win Kartick with love and honesty only. After some time, Kartick plays with Surya. Shreya tells Gehna that Surya is Kartick’s favorite since childhood.

She says that Surya will become very good father. Later, Riddhima tells Sikandar and Suhani that Shreya and Kartick going to park. Gehna asks Agastya about RTI approval. She says that if their plan gets successful  then it’s possible to get Arjun out.

She tells him that they will make Sikandar judiciary witness and will seek Sikandar’s freedom from the court. And Sikandar won’t deny for Kartick’s sake. Kartick plays with his friends in the park. Sikandar and Suhani kidnaps Kartick.

Police inspector sees them and questions them. Kartick says that he wants to go to his mother. Police inspector orders Sikandar to take Kartick to Shreya. They reaches Seth mansion. Shreya gets relieved seeing Kartick and she sends him inside.

She slaps Sikandar and warns him. Surya scolds Suhani. Gehna tells Sikandar that Kartick won’t be able to love the latter as a father after today’s incident.

In the upcoming episode, Judge will tell Surya that court can give some more time. But Surya will tell him that he decided to divorce Gehna.

What will be Gehna’s decision? Will Gehna be able to convince Sikandar?