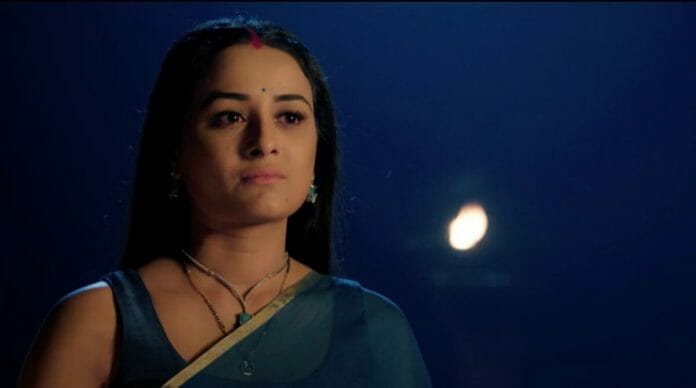 In the current track, Suhani accepts that she killed Urmila by pushing her from the cliff. Tantrik asks everyone to close their eyes. Gehna signals at Urmila and the latter leaves from there. Tantrik says that she locked the ghost in the bottle. She adds that Suhani has to face the consequences of murdering Urmila. Later, the one who acted like Tantrik turns out to be Kaddu. Dada thanks her saying that only she can stop Surya and Gehna’s divorce. Kaddu criticizes Dadi’s tea and praises Gehna’s tea. She blesses Gehna and says that she will return in Kaddu’s get-up to stop Surya and Gehna’s divorce and leaves from there.

Surya scolds Gehna for not reaching the court. He decides to leave the house with Suhani. She tells him that this house has Virendra’s memories so she can’t leave. Gehna plays the CD and gets shocked seeing the marriage anniversary party video. She asks Suhani about the CD and the latter says that she doesn’t have any CD. Surya lashes out at her and controls himself from slapping her.

He informs her that a court hearing will begin after the lunch break and leaves the house. Suhani scares Gehna and reveals how she saw Urmila’s blood and realized everything. She destroys the CD saying that divorce will happen at any cost.

In the upcoming episode, Surya will tell Suhani that he feels like something bad happened. Gehna will try to reach the court. Judge will get ready to give a verdict.

Will Judge give the verdict in Suhani’s favor? Will Gehna be able to stop the divorce?