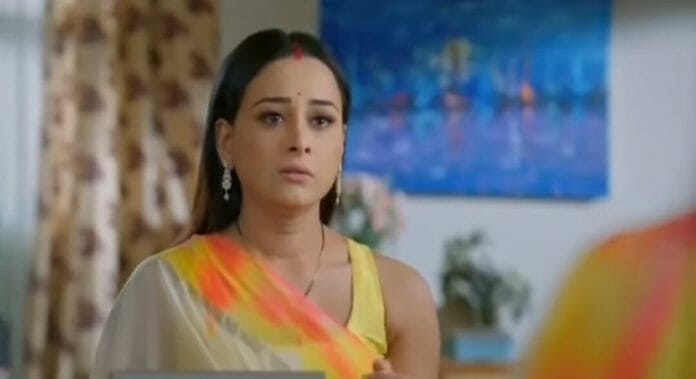 Sneha Jain and Gautam Vig starrer Saath Nibhaana Saathiya 2 is one of the top Star Plus show. It is a sequel to the long-running show Saath Nibhaana Saathiya. Now, Surya divorces Gehna. Gehna agrees to marry Agastya on Urmila’s behest so it will be intriguing to watch that what going to happen in the future episodes.

In the current track, Gehna tells Urmila that the latter increased the distance between her and Surya with this marriage topic. Urmila tells her that Agastya is really good guy and Gehna can stay happy with him.

Surya taunts Gehna for agreeing to marry Agastya. Gehna tells him that he don’t have any rights to question her. She says that she stood by him always but he divorced her for Suhani. She adds that she changed her path because he never walked along with her.

Next day, Sikandar goes to Gehna’s side to live with Shreya and Kartick. Suhani gets shattered with his decision. Urmila taunts Suhani. She announces Gehna and Agastya’s engagement and she invites everyone. Surya takes Suhani to her room.

Suhani tells him that Gehna and Urmila snatched everything from her. She asks him to leave like others. She reveals that those toys and clothes belongs to Sikandar not Surya. Sikandar shows his confession letter to Shreya. He says that he want Arjun to get released. Gehna gets ready and she removes her nuptial chain.

In the upcoming episode, Suhani will tell Gehna that the latter’s dialogues are good but she can’t separate her from Surya. She will remind her that the latter divorced Surya and she is going to marry Agastya. Gehna will ask her that how long Suhani can keep Surya with her. Surya will say that lifelong he will stay with Suhani.

Did Sikandar really changed? Will Riddhima to anything to stop the engagement?