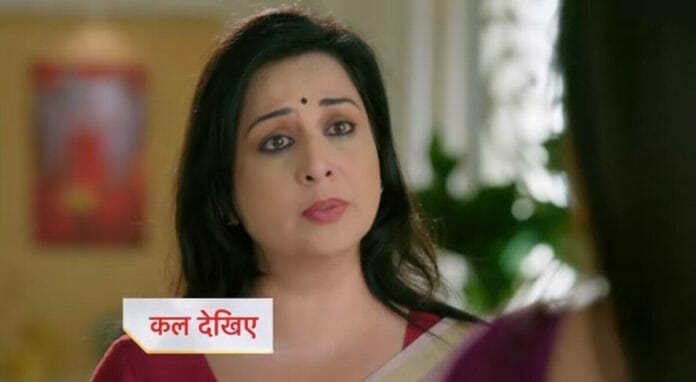 Now, Suhani tells Seth family that Suhani tried to commit suicide. She asks them to go to Suhani’s side so it will be intriguing to watch that what going to happen in the future episodes.

In the current track, Surya takes Suhani to her room. He gives medicines to her and asks her to take rest. She asks him to leave her like others because he knows her truth now. He tells her that everyone suffered because of her still he can’t leave her because she is his mother.

Agastya’s parents brings gifts for Seth family. Gehna and Agastya talks about the gifts which Agastya selected for Gehna. Surya hears everything. Urmila tells Surya that she want him and Suhani to attend Gehna’s marriage.The police comes there.

Sikandar surrenders himself to police. He says that Arjun is innocent. Sarika thanks him. He asks Gehna to take care of Kartick and Shreya. He refuses to hug Suhani. He says that she failed as a mother and leaves from there. Suhani wakes up in the middle of the night and she hallucinates her family.

She asks them to return to her. She comes to reality and she tries to cut her wrist. But Gehna stops her. She tells her that she won’t let her die easily. She challenges her to gain everyone’s trust again. Next day, Gehna asks her family to return to Suhani’s side. She reminds them that today is Suhani’s birthday. She reveals that Suhani tried to kill herself yesterday.

In the upcoming episode, Surya will tell Gehna that he want to talk to her alone. Gehna will tell him that he is her ex-husband so she can’t talk to him alone.

How Surya will react now? Will Surya be able to persuade Gehna?