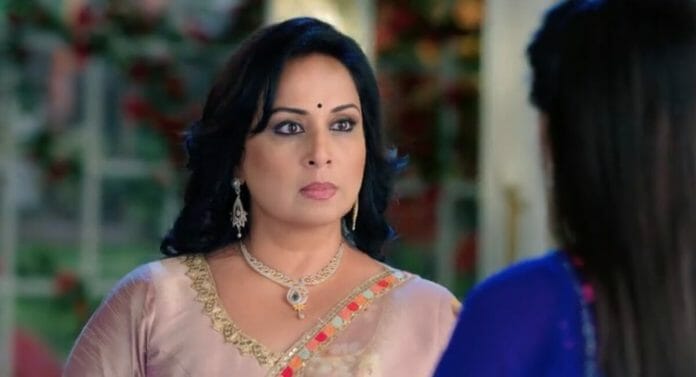 Sneha Jain and Gautam Vig starrer Saath Nibhaana Saathiya 2 is one of the top Star Plus show. It is a sequel to the long-running show Saath Nibhaana Saathiya. Now, Gehna tries to get Surya’s birth certificate to tell him that Urmila is his mother so it will be intriguing to watch that what going to happen in the future episodes.

In the current track, Gehna takes Surya for a ride. They eats in the road side shop. He tells her that tomorrow is their fourth month wedding anniversary so they should celebrate it. She asks him that who celebrates that. He tells her that he wasted so much time in hating her but not anymore. He tells her that he planned to give special gift to her so she should gift him too. She tells him that he will get special gift for sure. Next day, Surya informs Suhani about his fourth month wedding anniversary party. She reminds him that he married Gehna for revenge. He tells her that Gehna was right since beginning and he is going to rectify his mistakes by treating her well. She receives Gehna and Shreya’s picture and thinks that her doubt was right. In the Municipal Corporation, Gehna tries to get Surya’s birth certificate. Officer tells her that she has to wait for two weeks atleast. Suhani brings Surya there. Gehna hides seeing them. They searches Gehna. Suhani burns the newspaper and the fire alarm starts ringing. Gehna comes out to help a kid. Suhani and Surya sees Gehna. Suhani asks Gehna that what the latter doing there. Officer praises Gehna for helping a kid and tells her that she will get her document today. Gehna lies to Suhani that she came to get her birth certificate.