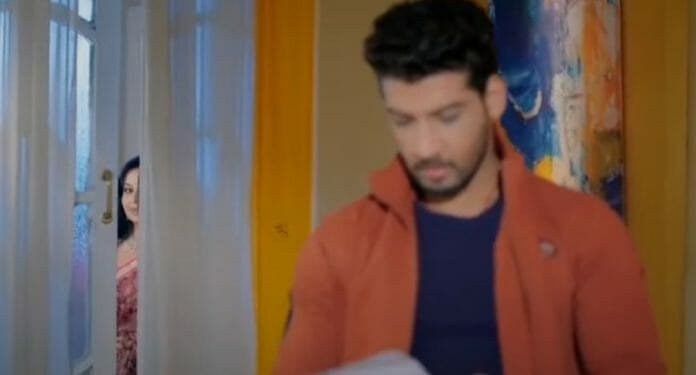 In the current track, Gehna writes a letter to save Urmila. Agastya tells Surya that he loves Gehna as a friend and he will use his sources to find her. Shreya decides to tell the truth to Surya without Suhani’s knowledge. She goes to Surya’s room and keeps the letter under the pillow. Suhani catches her red-handed and warns her to not repeat the mistake if she doesn’t want to lose Kartick then. She keeps Gehna’s letter in the drawer and leaves the room. Another side, Gehna asks to admit Urmila to the hospital and faints.

That person takes the letter from Gehna and locks the cold storage again. Surya hallucinates Gehna and she makes him confess that he loves her that’s why he is searching for her. He prays to God for Gehna’s safety. Suhani tells Sarika that everything is over, once Surya reads Gehna’s letter. She orders her person to start the poisonous gas in the cold storage. Surya finds Gehna’s letter. Suhani smiles sees that and leaves from there. Meanwhile, Gehna wakes up and learns that her letter is missing.

In the upcoming episode, Seth’s family discusses the party. Gehna will meet Gopi at the party.

Did Gehna expose Suhani? Will Shreya try to tell the truth to Surya again?