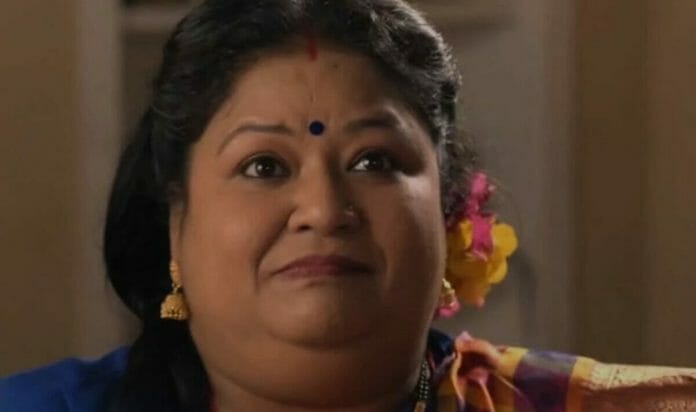 Colors show Saavi Ki Savaari features Samridhi Shukla as Saavi and Farman Haider as Nityam in the lead roles. This is the story of the girl who drives auto to lead her family. Now, Ratna tries to protect Sonam’s future so it will be interesting to watch that what going to happen in the future episodes.

Earlier its seen that, Nityam asks his staff to find out everything about Radhe Shyam. Himesh hears him. Saavi agrees to pick and drop the school students with loss because she has to arrange money urgently for Sonam’s marriage. Vedika gives expensive gifts to Sonam’s family.

Sonam accepts the cheque book which shocks Nutan. Saavi returns everything to Vedika. She tells her that they saved everything for Sonam’s marriage already. Nutan praises Saavi for saving their family respect. Himesh tells Dimpy that Sonam already said about her boyfriend to Niyam.

Dimpy sees Sonam talking to someone on a call. Shivam asks Sonam to meet him at coffee shop. Sonam tells Dimpy that she has something to do in the house. Dimpy asks her to go. Saavi drops Shivam at the coffee shop. Dimpy misunderstands that Saavi knows about Sonam and Shivam.

Shivam tells Sonam that he wants to meet her family. Sonam asks him to come tomorrow. He hugs her and places a kiss on her forehead. Dimpy records everything. She tells Himesh that she will play the video in front of everyone on marriage day.

Nutan gets happy seeing the gifts they bought for Dalmias. Ratna tells Sonam that they have to ruin Shivam’s catering business by mixing incense stick powder in the food. She says that Sonam made a mistake already by exchanging the horoscope and now it’s necessary to do to save her future.

In the upcoming episode, Sonam will tell Ratna that they handled Shivam. Nutan will come there. Other side, Vedika will tell Nityam that his and Sonam’s horoscope missing. Nityam will tell her that he already said that he don’t believe in all this. She scolds him for saying like that.

Did Nutan heard everything? Will Vedika find the horoscopes?