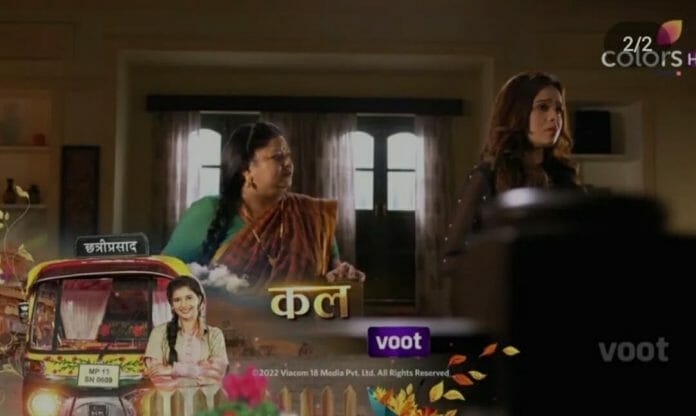 Colors show Saavi Ki Savaari features Samridhi Shukla as Saavi and Farman Haider as Nityam in the lead roles. This is the story of the girl who drives auto to lead her family. Now, Nityam feels like Saavi coming in between him and Sonam so it will be interesting to watch that what going to happen in the future episodes.

Shivam invited Saavi to his marriage and left the college. Nityam took Saavi to library. He got panicked seeing fans. She held umbrella so he could not see fans. They asked library staff about Radhe shyam. Library staff told them that college management throw Radhe shyam out of the college for blackmailing students.

Saavi asked Nityam that why he spent this much money to find out Radhe shyam when he taunted her for 2000 rupees. Nityam told her that Sonam is his future wife and nothing matters for him in front of his family. She thought that he will keep Sonam happy.

He talked to Vedika and she misunderstood that he went for long drive with Sonam. Dimpy learnt that Kavita deleted her profile. She decided to find out Shivam. Nityam visited Saavi’s house.

He met Sonam and asked her about Radhe shyam. He informed her about Saavi’s police complain. He said that Saavi’s actions could ruin his reputation. Saavi got angry hearing him.

In the upcoming episode, Sonam will tell Ratna that she has a boyfriend. Ratna will tell her that Saavi can become Nityam’s wife still.

What Sonam will do now? How Saavi will react now?