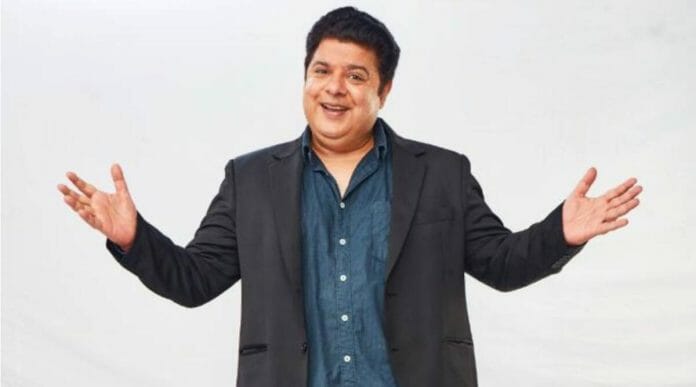 By Anil Merani| Sajid Khan is slowly rising on the Bigg Boss 16 graph and is now one of the contenders based on the strength of his team (Shiv Thakare, MC Stan and Nimrit Kaur Ahluwalia).

That is an impressive turn around for someone tainted by MeToo allegations. At first, there was a lot of noise calling for his expulsion.

But inside, he has played a very safe game being a gentleman calling the girls his younger sister or beta; He whiled away his initial days playing around with Abdu Rozik and giving cool-down advice to others.

Even the other contestants avoid scraping with him, given his Bollywood connections. All are calling him sir.

Only Archana seems to be ready to take him on, as we have twice recently.

Sajid is now beginning to show his real personality, i.e., pulling the food strike (which he withdrew), stunt, smoking in public, browbeating others, saying whoever takes panga with him will go out.

Using the strength of his group, he is now beginning to call the shots. But yes, all this will wither away once we come closer to the finale as it will become each or his own.

He will do what it takes to avoid getting nominated, for he will be unsure whether the Big Boss-watching crowd will vote to save, as most of them are TV fans.

The longer he remains shadowboxing more excellent his chances. Even if he gets knocked out, it will have served his purpose; he wanted to clean up his image, which seems to be working so far.

He also tries to win the sympathy card by constantly crying about his blood pressure. He should have known that this provocation game is terrible for a hypertension patient.