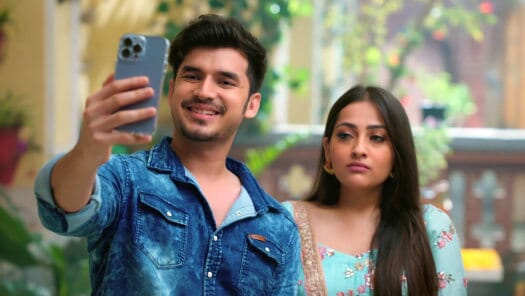 So far in the episode, Anupama alerts Vanraj not to cross his limits with Malvika. Vanraj says to Anupama that she don’t need to remind him. Anupama asks Vanraj to be careful with Malvika and Kavya. Vanraj tell to Anupama that it is not his mistake if Malvika is bubbly. He adds he don’t have to do anything with Kavya or Malvika as he is focused towards work currently. Vanraj also mentioned he only share professional relationship with Malvika. Anupama says it is good for him. She also says he should be responsible towards Malvika and Kavya.

In the meantime, Nandini side Kavya against Shah. Samar quote Shah’s wanted to accept Kavya but latter never understood them. He adds Kavya have created issue for herself. Nandini and Samar argues with each other. Leela spot Samar and Nandini fighting. She asks Samar and Nandini not to fight outside the house. Samar and Nandini fights in front of Leela. Leela tries to convince Nandini that differences have taken place between Kavya and Vanraj but Shahs are with her still.

Elsewhere, Anupama feed sweet to Anuj. She further dream spending quality time with him. Back to reality; Anuj asks Anupama what has happened to her. Anupama escapes the place.