The episode starts with Ishaani saying NV that she wants to stay in the marriage. She says that she wants to cancel the marriage deal. She asks will Mr. Ziddi agrees to accept Mrs. Ziddi. NV agrees but teases her that with one condition that they need to get married and she needs to give him coffee.

Ishaani applies color on his face and hugs him. Everyone rejoice the moment. They gets decided to get married the next day. The fake police keeps Sid and Rahil in an abandoned plane. Sid asks why didn’t they take him to police station for which they mocks them. Sid recalls MaMa and Maami feeding sweets to them and sending them to Dharmshala so that they could be framed. He realizes that it’s them who attacked him while coming to mandap.

Ishaani and NV are in their room and Ishaani is thinking about Sid’s words. She wonders if it’s true that Sid is not at fault. NV asks her what’s wrong but Ishaani says nothing. She says that she’s worried for Sid as a patient and wonders how to send medicines to him. Maama and Maami says that they will send it and asks them not to worry. The goons point gun at Sid but Sid beats him and Rahil and Sid beats the goons. They inform police and police comes there. They say that they’ve kidnapped then on false charges. Inspector asks who hired them for which they reveals that it’s Vivek Arora and his wife.

Ishaani is looking at mirror when NV comes there and compliments her. They both sit for marriage and performs ritual. Inspector comes there and says to NV that Ishaani’s Maama and Maami are the real culprits. Sid and Rahil comes there and the fake police gives statement against Uncle and Aunt. Sid also says that it’s them who attacked him on his way to marriage and the reason for him being in coma.

Maama and Maami agrees that they did. When Ishaani asks why they say that they don’t want her to marry a poor and keep coming to them for help after marriage. They also reveal that it’s them who killed her parents and made them wrong in front of everyone s eyes. Ishaani gets disgusted at their true face. Maami snatches the gun from inspector and points it at Ishaani and Sid. They fires the gun but NV saves them.

Ishaani apologizes Sid for the misunderstanding. NV cones there and asks her not to sacrifice her love for him. He asks her to go to her true love. Ishaani hugs him emotional while NV gives away her hand to Sid. Sid and Ishaani reunite. 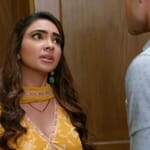 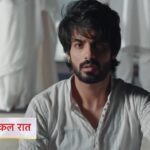 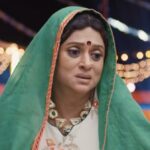 Pandya Store: Gautam and Suman’s life to be in danger? 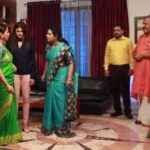 Kaatrukenna Veli: Abhi and Anandhi to get saved 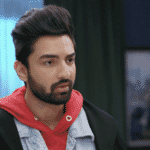 Bhagya Lakshmi: Rishi to asks Lakshmi to not to keep fast for him?