The episode starts with Ishaani getting ready for the operation. Bebe and NV meets her and they both wish her luck. Ishaani takes Bebe’s blessings and they ask her not to get nervous and shows their trust on her. \

NV goes with Ishaani to ot where Dr. Mehta is also present. Ishaani thanks Mehta for the surgery but Mehta says that it’s all NV’s efforts that made her efficient for the surgery.

Ishaani gets confused while NV asks Dr. Mehta to not dig the past. However Mehta is adamant that she needs to know the truth. He says about the effect of depression pills on her body and how that made her inefficient to perform any surgery.

He says that NV has sent her reports to him and guided her and motivated her to overcome her depression. NV says that all that are old things and yesterday did Ishaani a 10 hour surgery all by herself including the decision and successfully completed it too. He says that it’s just a warm up for her and she’ll do her best in this one too.

Ishaani gets teary eyed while Mehta leaves. Ishaani gets emotional seeing NV and worries whether she could able to it. NV gives her strength and says that she can definitely do it and asks her to trust her capabilities and his trust on her. Ishaani finds it difficult to handle herself but NV ties sacred cloth around her head. He asks her to trust God and kisses her Forehead. He then leaves.

Ishaani enters the ot and Dr. Mehta asks what should they do now. Ishaani gets startled at his question as it’s him who should what has to ve done as he’s doing the surgery while she’s just assisting him. Dr. Mehta reveals that he has already denied doing the surgery and so Mr. Singh has appointed her as the lead. He says that he has informed it in prior.

Ishaani looks at NV shocked who signals her to go ahead. Rahil too supports her saying that only she can do the surgery right. Ishaani starts the surgery and makes a decision analysing his condition and it gets right. The surgery goes on for hours when Rahil gets body cramps.

She sends him out for a break and continue with the surgery. She finds other staffs getting exhausted time to time and gives them break too. Soon Rahil returns with juice for her and signals NV. She drinks it smiling at him. At one point Sid gets hyper and Ishaani gives him a shot and calms him down.

In the final step of the operation Ishaani gives a shot but it could affect any nerve and is not sure what will be the effect of it. She goes on to give the shot and asks Rahil to close him up. NV signals great job ro Ishaani while Ishaani looks on.

Precap : Ishaani apologizes NV for never able to fulfil the duties of their marriage and cries holding his hand. Sid hears it and gets pained. 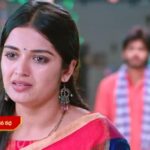 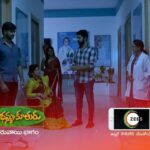 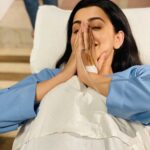