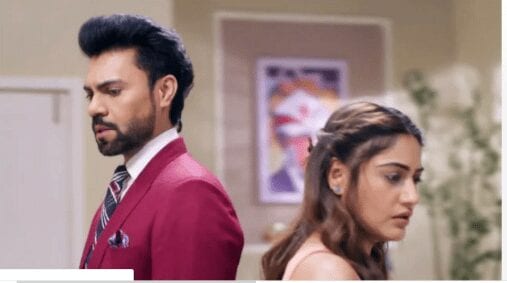 Star Plus popular series Sanjivani is all set for a major turning point in their show. Earlier it’s seen that NV tries moving on with Ishaani but Ishaani proposes a deal with him to treat Sid in exchange for divorce from Ratan.

Now it will be seen that NV gets into a fight with goons as they pass comments about Ishaani on their family day out and Bebe passes out seeing the fight. Later Ishaani unaware of Bebe getting conscious reveals about their divorce in front of Bebe.

In the previous episodes it’s seen that NV denies giving divorce to Ishaani as he loves her. Bebe advises NV to stop forcing Ishaani towards Sid and move on in life with her by having a new start. She asks him to confess his love for her.

NV decides to propose Ishaani and goes with flower and ring but Ishaani fails noticing it and runs away from it. On the other hand Sid gets violent as Ishaani is not by his side. Later Ishaani agrees to treat Sid but in exchange proposes a deal to get divorce from NV.

In the upcoming episodes it will be seen that Ishaani goes to Sid to get her answers from him only to find him sleeping. At home NV is preparing to confess his love to Ishaani but she proposes a deal with NV to treat Sid in exchange of divorce shocking him.

In the meantime the whole NV family goes out to have food when few goons passes comments on Ishaani. NV gers furious and thrashes them. He gets hurt by a knife in his hand and Bebe passes out seeing it.

Later Bebe gets admitted in hospital and a furious Ishaani confronts NV for picking a fight with goons. Ishaani unaware of Bebe getting conscious confesses about their divorce. Bebe gets shocked hearing it.

How will NV handle the adamant Ishaani? Whom will Ishaani end up with? Sid or NV? 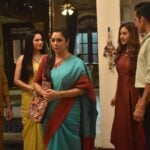