Star Plus popular series Sanjivani is all set for a major turning point in their show. Earlier it’s seen that Ishaani gets to know about NV’s efforts tp bring her back to normal and apologizes him for misunderstanding and hurting him. But to the shock Sid hears it and gets teary eyed. Now it will be seen that Sid after getting conscious lies that he was in America breaking Ishaani. Ishaani decides to move on in life by confessing her love for NV.

In the previous episodes it’s seen that Before going to surgery Mehta reveals to Ishaani about NV’s efforts to get her out of the depression pills. Ishaani gets shocked hearing it but NV just brushes it off and praises Ishaani’s successful surgery of his and Bebe.

Ishaani gets overwhelmed when she gets to know that she’s not actually assisting but is leading the surgery. She realizes NV’s trust on her and decides to giver her best. She performs the surgery and successfully completes it too with her right decisions.

Later Ishaani apologizes NV for always misunderstanding him and looking down at him for all his efforts to bring her to normal. She cries holding his hand and Sid sees it and gets teary eyed.

In the upcoming episodes it will be seen that Sid gets conscious and Ishaani questions him about where he was before coming to Sanjivani and he says that he was in America. Ishaani burst out hearing it and lashes out at him.

However later he reveals to Rahil that he was actually coming to the mandap but on his way got attacked by goons and was in coma all this while. He takes promise from Rahil to not reveal anything to Ishaani as he has already given her enough pain for three years. Later Ishaani decides to confess her love for NV while Rahil forces Sid to reveal the truth to Ishaani as she’s getting divorced from NV.

Will Sid reveal the truth to Ishaani? Who’s behind Sid’s attack? Whom will Ishaani end up with? NV or Sid?
All these questions will be answered in the upcoming episodes. 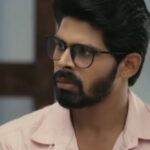 July 30, 2021
Karthika Deepam 30th July 2021 Written Update on TellyExpress.com Episode starts with Mounitha thinks what to answer to Roshini if she questions me who's Anji?...

July 30, 2021
Bharathi kannamma 30th July 2021 Written Update on TellyExpress.com The episode starts with Kannamma questions Bharathi Is he wanna know anything else? Bharathi says to... 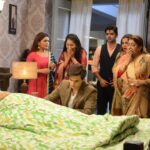