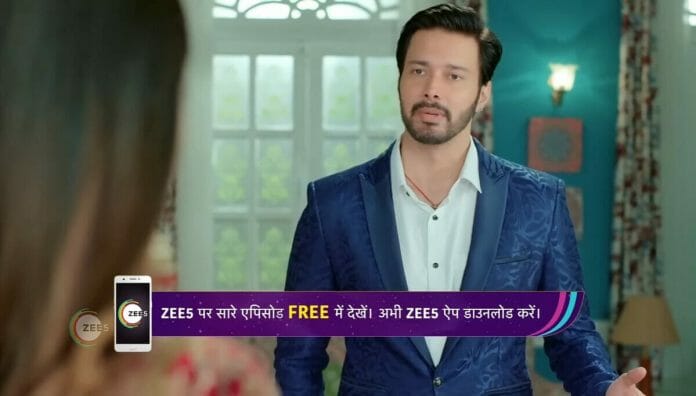 Zee Tv’s popular daily soap, Sanjog have managed to rise curiosity in the minds of people, with its twist and turns in the storyline. Previously, Rajeev and Rajeshwari scolded Amrita for her decision to home tutor Tara. They rebuked her for spoiling the future of Tara, while she tried to explain her reason.

They challenged her that if she failed not to educate Tara properly, then they will send the latter to boarding school. Tara gets shocked learning about it and becomes furious. Amrita tried to make her understand and somehow calms her down.

In the current track, Alok gets a clue about Amrita’s real daughter and ask the constable to keep an eye on them. Whereas, Gauri spikes the food given to the police and follows the bus in which they were shifting Gopal from court to the jail.

Here, the police gets unconscious while Gopal comes out of the bus. Gauri gets elated after seeing him, while he hugs his daughter Chanda and showers her with all thr love. Meanwhile, Gauri gets jealous of their bond.

Amrita finds about her real daughter and goes to find her along with Alok. They gets shocked seeing the police offices and learns about Gopal’s elope. Alok and Amrita goes to Gopal’s house in order to see Chanda.

Ahead, Gauri and her family runs away from their house after vacating it. Pradhan tries to stop them but Gopal stands against him and slaps the latter. He protects his family and goes away from there. Amrita becomes shattered after not finding Chanda, while Tara’s health deteriorates and Rajeev gets furious at Amrita.

Ranjini blames Amrita for it and instigates Rajeev against his wife. Whereas, Gopal saves Chanda’s life and Amrita goes back to her house and worries about Tara’s state. She hides the truth from Rajeev and ask him to have faith on her.

Now in the upcoming episode, Gauri will warn Gopal that police won’t leave him. She will scold him for only caring about Chanda, while he drives the truck running away from the police. Alok will follow him and determines to save Chanda, while Amrita will look after Tara and prays to get her real daughter back.

Meanwhile, Gauri will tell Gopal that he can’t afford to go back to the jail. Alok will get shocked seeing Gopal going towards the cliff, while Gauri and the family will also gets dumbstruck.

Will Gauri be able to convince Gopal?

Will Alok be able to rescue Chanda?