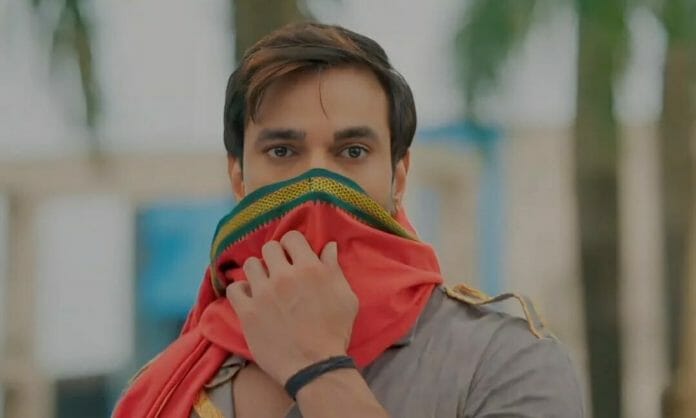 Zee Tv’s popular daily soap, “Sanjog” have managed to rise curiosity in the minds of people, with its twist and turns in the storyline. Previously, Gopal decided a plan to trick Alok and his team. He planned an accident and blasted his truck pretending that he and his family died in the accident. Amrita denied to accept the truth, while Rajeev rebuked her along with Rajeshwari and Ranjini.

In the current track, Gopal along with his family changes their getup and shifts to the new city. They decides to mingle with the new people and environment in order to avoid attracting police towards them. Gauri decides to visit Amrita’s house in order to search for a job.

Here, Gopal takes Chanda to the fair and from there they goes to Kothari mansion, to eat the Bhoog. Gauri gets dumbstruck seeing Amrita’s mansion, while Chanda saves Tara from a dog and they becomes friends. Tara shows her room to Chanda and the latter assures to protect Tara from all the bullies.

Amrita feels happy after meeting Chanda and then shows the newspaper report about the accident to Alok. She proclaims that ber daughter is alive as the police didn’t find any dead body.

Ahead, Rajeev talks ill about Amrita in front of Alok while thr latter warns him and reminds about his extra marital affair. Rajeev gets silent and then opens his social site to unblock Rakshita as he starts missing her.

Ranjini taunts Amrita for having an affair, to which the latter takes a stand for herself and rebukes Ranjini. He proclaims that she and Rajeev can never betray one another, while the latter recalls his moments with Rakshita.

Later, Gopal and Gauri hides from Alok while he couldn’t able to recognise them. Tara and Chanda takes Amrita outside the house, while Gauri gets freezed seeing Amrita in front of her eyes.

Now in the upcoming episode, Chanda will introduce Tara and Amrita to Gauri and will notify that the latter is her friend. Amrita will greet Gauri and then will proclaim that she have seen her somewhere. Gauri will get shocked and worries that what if Alok has shown their sketch to Amrita. Meanwhile, the latter will get into deep thinking.

Will Amrita be able to recognize Gauri?