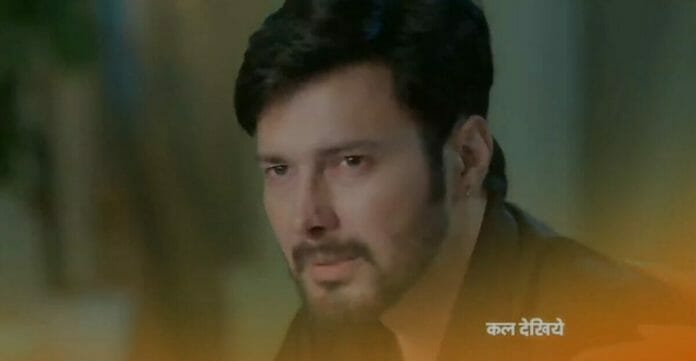 Zee Tv’s popular daily soap “Sanjog” is unravelling lot many dramas with each passing day. The show is making the viewers curious, with its unpredictable storyline. Previously, Gauri helped Gopal to escape the police, while Alok and Amrita tried to find Chanda.

The latter gets restless and prayed for the safety of her daughter. Meanwhile, Rajeev got furious at Amrita and accused the latter for Tara’s critical condition. He also confronted her but she hided the truth from him and decided to apprise him afterwards.

In the current track, Gopal runs away from the police along with his family. He also risks his life to save Chanda, while Gauri gets furious at him for caring about Chanda more then anything else. He expresses his concern for his daughter, while Gauri gets restless.

Here, Amrita looks after Tara while the latter insists her to stay along with her. She questions the latter if she will again leave her? To which Amrita reolies negatively.. She keeps thinking about Chanda and prays for both of her daughters.

Gopal decides to take a major decision in order to protect his family but Gauri tries to stop him. He denies her concern and makes all of his family members to sit inside the truck along with him. Meanwhile, the police starts chasing him.

Ahead, Alok tries to catch Gopal along with Chanda, so that he can give a happiness to his sister Amrita by uniting her with the real daughter Chanda. But, shockingly the truck falls down and got exploded. Alok becomes shattered, while Amrita gets restless.

Rajeshwari and Ranjini instigates Rajeev against Amrita while the latter reveals that he doesn’t love his wife anymore and is just bearing her for Tara. He states his fear to loose his daughter and tells about his compromise with Amrita.

Later, Amrita reveals the truth to Rajeev and his family about Chanda being their real daughter, but the latter denies to accept it and rebukes Amrita for lying. He also revals about his compromise to her while she gets shocked.

Now in the upcoming episode, Alok will visit Kotharis house while Amrita confronts him and will ask to tell the truth to everyone. She will ask about Chanda and was about Chanda to go out to bring the latter inside, but Alok will stop her and reveals that she is no more.

Amrita along with others will get shocked. Alok will apprise them about the accident, while Amrita will get shattered.

Will Rajeev believe Amrita and Alok?

Will Gopal be able to save his family?