The episode starts with Narayan family shouting at Avinash door to open it. Avinash shouts at them and tells them that he won’t do anything, just leave him alone for sometime. Indu prays to God on which Gagan tells Indu what’s wrong Reema has done, she did correct by teaching a lesson to Geetanjali Devi.

Lalit stops Gagan and tells him that he is complaining about his grandmother. Indu tells Gagan that by talking like this he also proved it that there is some gap in her upbringing only. Gagan says that she has spoiled their family, Simar is crying due to her, Reema is struggling due to her and even his father is hiding just because of her.

Simar is bandaging her hand herself. Aarav looks at her and feels sorry for her. He helps her with it and ask her to eat something. Simar tells him that Reema and Vivaan also didn’t have anything so how could she have. Sandhya tells her that she understands how does it feel when one sister is locked in a room. Simar requests her to which Sandhya tells her that it’s not under her control. Aarav tells her that he will take the responsibility to do something and will break some rules of this house for the sake of humanity, he also ask Simar to come with him.

Simar knocks on Reema’s door. She asks to eat something as she must be hungry. Reema tells that she is not hungry and if she not eats she will not die. She shouts at Simar and ask her to leave. Vivaan shouts and tell Reema that he can hear her. He tells Reema that these walls cannot stop them then these people have to accept them. He also tell that for sure they will accept their marriage. They get flash back of Geetanjali Devi’s anger.

Gagan calls to Simar to ask about her condition. Gagan tells her that Avinash has locked himself in a room and not opening the door. Simar tells him that she is coming, but Gagan tells him not to come they will handle it and asks her to take care of Reema. Avinash then opens the door, Indu relaxes. He tells them that from now onwards he doesn’t want to hear Reema’s name in this house as she is dead for him. Indu finds Reema’s photographs torn and thrown on the floor in Avinash room.

Geetanjali Devi remembers the moments with Vivaan. Aarav knocks on her door. She says that he come to talk about his younger brother. He says yes and tells her that firstly they should unlock him from the room and talk with him, surely they will get some solution. Geetanjali Devi tells that whatever he has done today after this also she should talk to them. She asks him that go and tell to Vivaan to leave that girl or else she will leave the girl somewhere. She also tells him to asks Vivaan what he cares more that girl or Oswal family.

Aditi complains to Simar that for how long they have to obey Geetanjali Devi, she also tells that Vivaan and Reema have done nothing wrong but still she have locked them. Simar trie stovexplain her that their marriage is not wrong but the way they have done is wrong. Aditi tells that none of us can tell Geetanjali Devi that she was wrong when she fired in Reema. Aditi in frustration tells that if this continues in this house then she will leave this house. Sandhya hears her conversation.

Griraj asks to think Chitra how to escape this situation one side Geetanjali Devi another side Guptaji. She tells him that he have one solution it’s Reema. Sandhya confesses to Simar that today’s generation kids thinks running away from trouble is the only solution. Simar comforts her and tells her that Aditi is disturbed that’s why she is telling all these. Simar prays to Mata Rani. 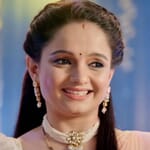 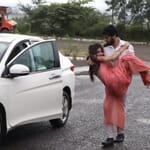