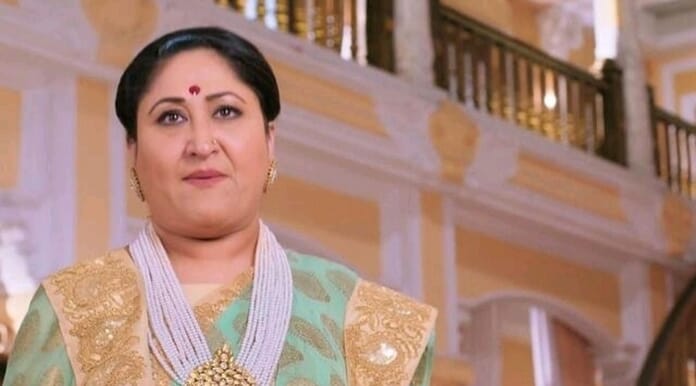 The episode starts from Simar thinking Reema’s confession about Aarav. Simar writes in her dairy that she doesn’t want to take Aarav she just wants to be his friend, she writes in her dairy. Aarav comes and asks her whether she is ready for tomorrow’s song recording or not. He asks her whether she is sick or not. He tells her that tomorrow is a big day for her. He asks her to come with him.

Vivaan is sitting on his bed and asks Reema that can we go for small first night. Reema stops him. He gets angry and sleep. Reema is very happy to married in Oswal family. Aarav takes Simar in kitchen and tells her that he is a fine chef and tries to prepare coffee. He takes something else instead of coffee, then Simar helps him find coffee. Then he takes out milk from refrigerator to which Simar laughs and tells him that it’s butter milk not milk. He tells that in America they get coffee from butter milk. She laughs at his silly excuse. She offers him that she will prepare coffee for him, as he doesn’t know how to prepare. She tells that few things wife should do and give to her husband. They both becomes silent.

Simar prepares coffee for him. She praises herself and Aarav makes fun of her. Then she is trying to sing something for him he stops her. Then they continues preparing coffee. She tells him that she is not ready for the song recording and wants to cancel it. But Aarav helps him to rehearsal the song. When she is singing Aarav kepps on looking at her. Then they both listens3 to the song together. They both are coming close to each other.

Aarav opens his headphone and holds Simar around him. He kisses her on her hand and cheeks. But Simar is dreaming all these. Aarav asks what happened, does she felt anything while listening to the song. Then she remembers Reema’s words, she gets up and asks Aarav how much more days are left of their agreement. He tells her 3more weeks. Then he takes the coffee mugs and leaves from there.