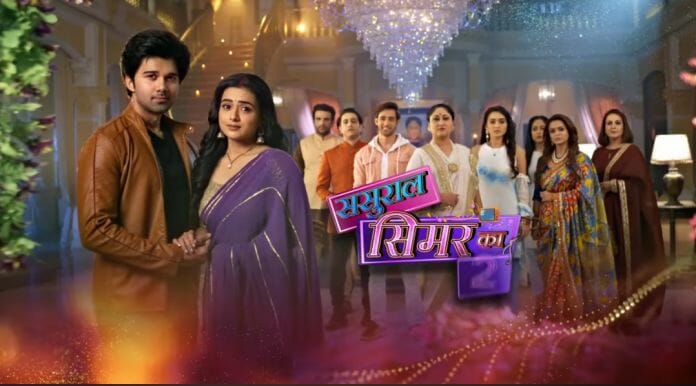 Geetanjali asks Simar to take care of Anu and Gaurav. Simar says fine. Geetanjali leaves from there. Dhami comes to Gaurav’s room. She starts scolding Gaurav and Anu. She says to them that if they repeat such a mistake then she will kill them. They understand her point. Here, Reema tells Vivaan about Gaurav’s shoes.

Reema says that rich people always expensive shoes but Gaurav’s shoes are local and inexpensive. She says that it means he is lying about his richness. Vivaan says that maybe she is right and they need to collect evidence against them. They then go to the camera room. Vivaan says what is she trying to do.

Reema says that Simar had installed cameras in the house and now this will help them. Then she notices Aarav and Simar in the kitchen. Simar asks Aarav to tell her the truth. Aarav thinks that Simar is very upset because of this. He says that he will tell her everything today as he can see her in pain. Dhami is about to come there. Reema notices this. She says to Vivaan that they need to help them.

Aarav and Simar leave the kitchen. They go to the roof. Dhami is searching for Aarav. While Reema makes her fall to the ground. Dhami looks here and there however is unable to see Reema. Here, Aarav tells Simar that Dhami was studying with him. And she started coming to her room on and off. He adds that she used to lie to him a lot so her starts ignoring her.

One day Dhami came to him and asked him why he is ignoring her. He told her to stay away from him as he doesn’t like her company. Then Dhami fainted. He took her to the hospital and her Dr asked him to take care of Dhami as a friend. But then Dhami made him sing the marriage certificate and also tried to kill Vivaan.

Simar stands shocked. She thanks Aarav for telling her truth. She adds that now she won’t leave Dhami and will teach her good lessons. Later Dhami comes there. She asks Simar where is Aarav. Simar asks her why she wants to meet Aarav. Dhami gets angry. She holds Simar’s hand. Aarav comes there and asks Dhami to stay from Simar.