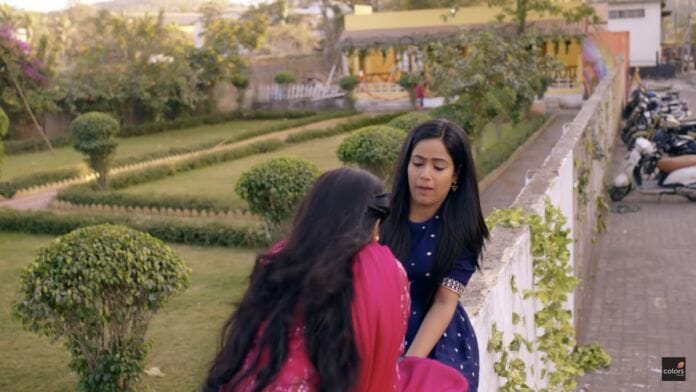 Colors TV’s popular show Sasural Simar Ka 2 is now gearing up for more drama as Gajendra learns that Gagan going to get engaged. While Gagan comes to meet Aditi. He wants to tell everyone that he loves Aditi. However, Gajendra tries to hurt him in anger. Gagan runs away from there. Will Gagan be able to prove that he truly loves Aditi?

Geetanjali says that since Aarav and Simar’s marriage has brought a lot of stigma to their family, they want Aditi to get married to a good boy as soon as possible. Dilip says ok and leaves from there. Later, Geetanjali saw Simar. She goes to her and says that she hates Simar a lot but still she can stay in this house as she has held her weakest nerve. But soon she will take her away from Aarav as soon her real face will be visible to Aarav. Simar says no one can separate them. Geetanjali stands shocked.

What will Geetanjali do now? Will she punish Aditi and Simar?