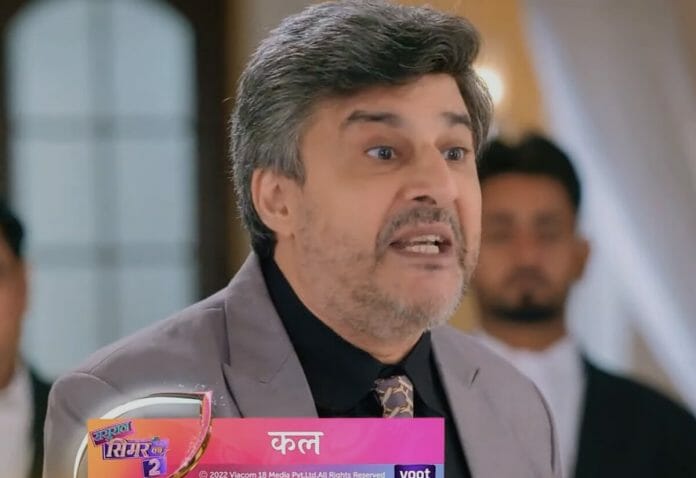 Dhami says all this is a lie. She hasn’t done any such thing. Simar tells the inspector that he can investigate himself and find out the truth. Dhami says that they cannot do this to her. She says Simar will ruin them all. Aarav says that if she wants to prove Simar wrong then she should introduce them to her parents. Then Dhami’s parents come there. Simar and everyone else gets shocked seeing this. While Dhami gets happy. Dhami goes to them and hugs them. She asks them to come inside the house. Later Dhami introduces everyone to her parents. Geetanjali asks Aarav and Vivaan if they have ever seen Dhami’s parents. They refuse. Dhami asks her parents to show their ID cards. They do the same.

In the upcoming episode, we will see that Dhami will see Aarav and Simar together. She will get angry. Dhami’s father will say that he will prove that Simar and Aarav’s marriage is illegal and will take Aarav away from them.

What will happen next? What will Aarav do now?