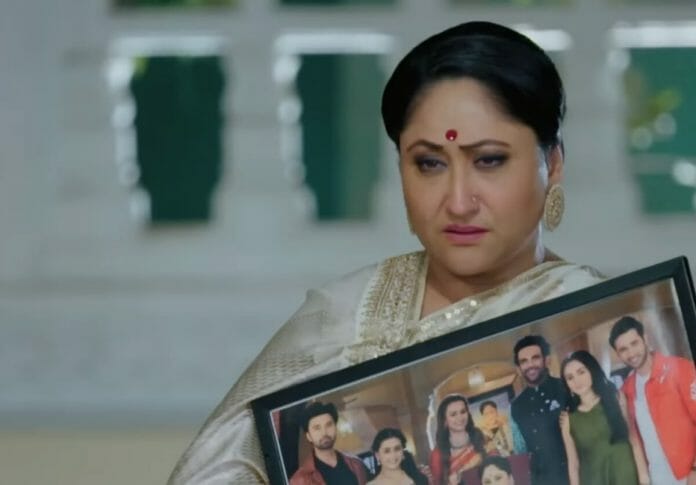 In the previous episode, we saw Dhami calls someone and says that her work should be finished as soon as possible. She says that now she will teach a lesson to the entire Oswal family. Here Aarav tells Simar that Dhami is sitting silent and feels that she is about to do something big. Geetanjali invites everyone to perform aarti. Dhami comes there and tells Geetanjali that some more people are yet to come here. Just then Yamini and Samar come there. Simar and everyone else gets shocked seeing this. Geetanjali looks at Yamini angrily. Yamini and Samar are about to enter the house but Geetanjali stops them. Geetanjali tells Yamini that she cannot come inside his house.

Yamini says that she does not need her permission to come to this house as the one who called her is present here. Aarav asks her why she has come here. Samar says that today Simar had to finish a recording and since she refused to come to the studio, he has brought the entire studio here. Yamini says that Simar has signed the contract which she has to fulfill or else she will get caught in legal matters. Gajendra says that he wants to buy this contract from them. Samar says that someone has already bought this contract. Just then Dhami comes there and says that she has bought it and from now on Simar is her slave. Everyone is shocked to hear this. Geetanjali asks her how much she wants to break the contract. Dhami says that she can do anything to make Simar her slave. Aarav gets angry. He says what she wants. Dhami says that she had taken money from her father to buy this, then they should give 20 crore rupees to her. But later Geetanjali learns that there is no money in her bank.