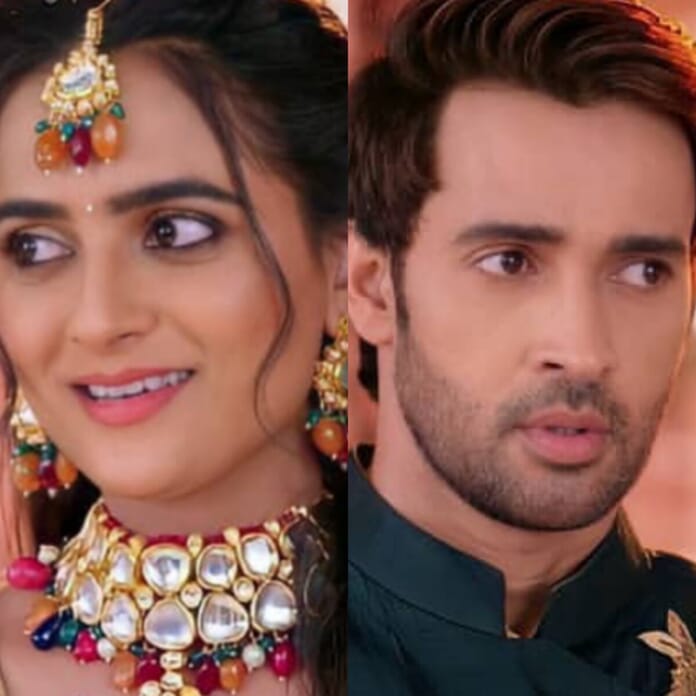 Sasural Simar Ka 2 is all set for high drama as in upcoming episodes viewers will see how Simar will live up to expectations or not. How destiny plays its role for Aarav and Simar? The show will be unrevealing lot many mysteries of Oswal family.

In the previous episode we have seen that Sandhya served tea to everyone, she reveled that Simar made tea for them. Geetanjali Devi left it unfinished yet Aarav tasted it. Kajal got a message from unknown source that Vivaan is staying in a hotel with Reema and also send her the video of Vivaan and Reema together.
Reema complained Vivaan her life was meaningless now, her family also abondoned her. But Vivaan reminded of her dreams and asked her to fulfill it for her sake and start with a fresh beginning.

Guptaji sent gifts for Vivaan and Kajal, Sandhya and Gajender asked the helpers to keep them in Vivaan’s room. Geetanjali Devi got furious after looking at the gifts. She told that they were quite wealthy to look after their family members.

Reema told to Vivaan that her family always pushed her to pursue her dreams but now she don’t have any support and in flow she told Vivaan that she always loved him and wanted to marry him that’s why she ran away from her marriage because she wanted to marry Vivaan but meanwhile Oswal family came and they stopped her from going away with him.

She also told her that her sister Roma wanted her to marry Aarav but she always loved Vivaan. Vivaan was confused after hearing it from Reema that she loved him. Meanwhile Kajal saw them together and she also heard their conversation. She told that Vivaan did promise to her infront of his family.

Aarav goes to Vivid Bharti and took Simar’s job letter on behalf of her and also told them that he was her husband. He called her and told that he have a surprise for her and she should not change herself for anyone.

In the upcoming episode we will see that Simar will be singing and dancing at Oswal house, while doing the daily chores. Geetanjali Devi will hear the song and will follow the voice, she will reach infront of Aarav’s room.

What will Chitra do to fail Aarav’s plan?

What will Vivaan do to help Reema?