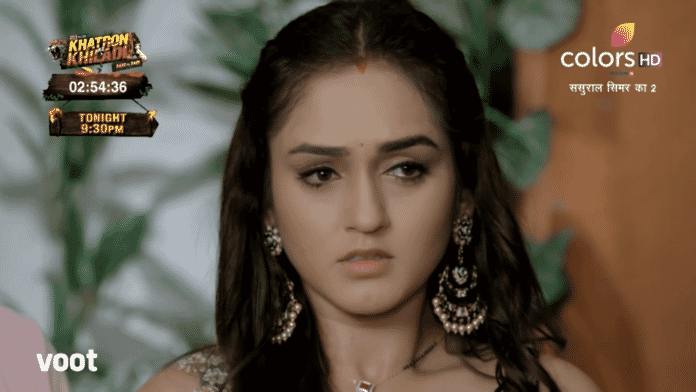 In the previous episode we have seen that Reema tried to explain that her decision was right but Avinash didn’t agreed to her and told her that none of the family was going to accept her wedding. Simar met Roma.Vivaan asked apology from Avinash, Reema gets angry and regretted coming home.

Simar stopped Reema, Avinash supported Simar. Gagan was not happy with the behaviour of his family against Reema. Vivaan also tried to explain Reema, she left with Vivaan. Aarav ignored the call from radio station. Gagan told Lalit everything, he told Aarav that it’s not fair with Avinash, Aarav supported Geetanjali Devi. Lalit also got angry on Aarav, Avinash stopped them. Avinash told that youngsters should stay away from these things, as the elders should decide, he also told that he would go himself and ask for apology from Geetanjali Devi.
Avinash felt dizzy. When Lalit complained about Geetanjali Devi, Aarav supported his Badi Ma. Gagan got angry and warned Aarav. Simar came in support of her husband, she reminded Gagan her father’s teaching. Then they left from there. Reema confessed to Vivaan that it’s all her fault. Vivaan consoled her.

Aditi called Gagan and asked him to take her away from her family. Geetanjali Devi asked Sandhya her view. She told that why she only punished one family for Reema and Vivaan’s wedding. She also praised Simar and tried to explain her qualities to Geetanjali Devi but Geetanjali Devi was not ready to understand, she told to Sandhya to that she had faced many problems that’s why she knows how to deal with these situations. Aarav remembered that he was late to take Simar for her recording.

Will Simar complete her recording?

What will be Geetanjali Devi’s next step?