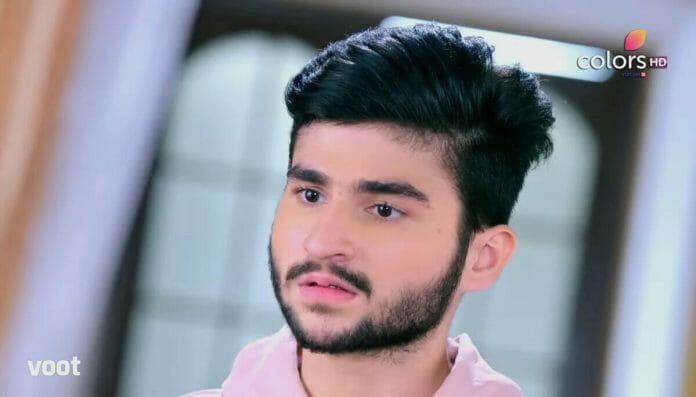 Colours TV’s popular Sasural Simar ka 2 show will show an interesting plot twist. Badima and finally decide to accept Ishita as Oswal member. But just after the taking the entry, she starts to poke Simar. Ishita is now on the way of mission ideal bahu.

In today’s episode, the Oswal members flaunt their success and applaud Badima’s gorgeousness. Simar searchs in the the chember of the doctor to find some clue about Riyansh and she finds the word abortion in the prescription. She confesses everything to Aarav.

Being inebriated, Ishita fails to control herself and comes to discuss with Badima with her trembling footsteps. Suddenly she vomits in the mid of her conversation. When Badima doubts whether she drunk alcohol or not.

Being nervous for the questions of Badima, Pallavi and Chitra declare that Ishita is vomiting because she is pregnant. Everyone becomes bemused to hear the news. Badima says she wouldn’t forgive Ishita for desperation.

Ishita continues to act and pretends to be pregnant. Suddenly after the advent of Riyansh, he is confronted by everyone about his did. Ishita forces him to declare and to support the false news of her pregnancy.

In the next episode, Reyansh would be compelled to act according to Pallavi and Chitra. Ishita and Reyansh, would together apologize to Badima for their desperation before marriage.

Being exasperated, Badima would explain how Reyansh and Ishita pretended to be innocent. Simar would doubt something else and remember the prescription which she found in doctor’s chember. Reyansh on his knees, would apologize to Badima. He would say if she wouldn’t allow the true fact, it’s better to abort the baby.

But to listen this, Badima would get fired. Simar would call Kavya to know the truth whether she went in the hospital. Kavya would be exasperated in the situation and would start to cry. After so many trantrums finally Badima would accept the pregnancy news of Ishita.

But suddenly Simar would interrogates Reyansh about Kavya’s pregnancy. He would blame Simar as she is trying to spoil his happiness.

Would Ishita question Riyansh for his visitation to the hospital? Would Badima come to know the original truth of Ishita?
Keep following this space for more information about your favourite shows.