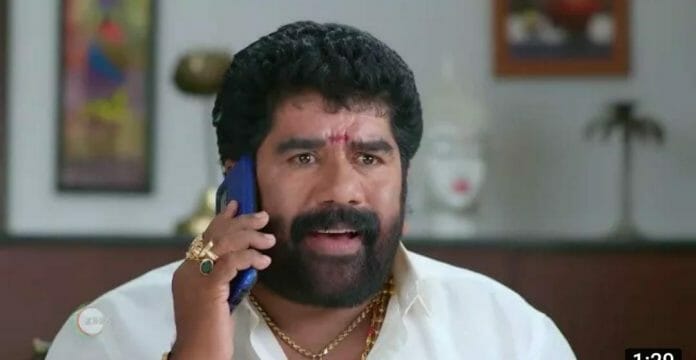 Zee Tamil popular hit show ‘Sathya’ ended and they launch season2 of it for audience demand. This story now focuses on Sathya will be in trouble!

In the previous episode we saw; Anitha plotted against Sathya with Gajendran. Nirmala room drugs from Gajendran’s henchman and gave it to Anitha. She placed it inside Sathya’s bike without her knowledge. Sathya got ready to leave but Prabhu stopped her. He informed to her that his car was puncher so drop him in his office.

In the upcoming episode viewers will see; Prabhu will inform to Inspector that he didn’t smuggled anything. He will say to Prabhu that he already asked writer to put FIR on him.

Prabhu will get angry on him. Inspector will raise his hand to slap Prabhu but Sathya stop him. She will lashes out at him for arrested her husband. Inspector will reveal to her about his case and shows FIR to her. She will tear it and challenge him to find out the culprit in 1 hour.

What will happen next? Will Gajendran joins his hands with Anitha? When will Anitha get caught?