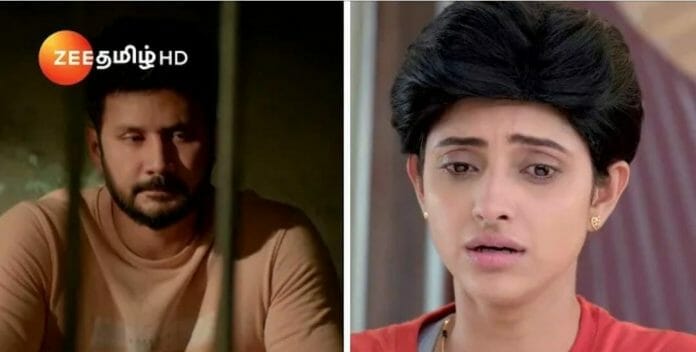 In the previous episode we saw; Sathya was determined to win the physical training. She prayed god to make her win in the test for her Prabhu. Another side Prabhu worried for Sathya. He wished to see Sathya win in the physical test and become a police officer again.

Sathya started her test. She created record in long jumping. Judges appreciated her record. Gajendran’s henchman was not happy with her results. He wished to divert her to stop her. He revealed to Sathya that she attacked Kannayiram.

He was fighting for his life in hospital. Sathya said to him that she wasn’t reason behind his state. He revealed to him that Prabhu was in jail because of her. He took blame for her.

In the upcoming episode viewers will see; Judge will motivate Sathya to win in the test to make her husband proud. Sathya will win in the last three test. She will faint in the ground. Doctor will check her and reveal to her that she is expecting a baby. Sathya will be on cloud nine after hearing it.

What will happen next? Will Sathya join back in her work ? How will Prabhu save Sathya from Gajendran?