The episode starts with Adhi asks Sundaram to eat lunch with him. Sundaram refuses to eat it in fear. Adhi forces him to sit with him. Adhi tells Parvathy to serve him first. Parvathy serves to Sundaram. He is often checking whether Akhila coming or not? Adhi gets a phone call he asks Parvathy to make sure that Sundaram is eating well. He excuses Sundaram and leaves to attend the call. Vanaja comes there and notices Sundaram sitting in their dining to eat lunch. She gets angry to see him there. She thinks whom allowed him to sit here? No one is there to controll them that’s why Parvathy showing attitude like this. Vanaja goes near them to kick him out.

Parvathy serving to Sundaram. They didn’t noticed Vanaja’s presence there. Vanaja says to them it’s giving pleasure to her seeing Sundaram having lunch in her house. Sundaram stops eating seeing her. Vanaja questions him how dare him to sit here to eat lunch? Parvathy informs to Vanaja that Adhi asked him to sit here! Vanaja says to Sundaram that he forget his place that’s why he is sitting here to take lunch. Sundaram deny it. Vanaja asks him to get up in insulting way. Sundaram gets up from his position in fear. Parvathy asks him to sit and take lunch. Vanaja says to Parvathy that she is trying to show attitude to her. Vanaja says to Sundaram that he pretended like respecting Akhila these many days. Then how could he eat food sitting equal to her? Is this his honesty? Vanaja is keep insulting Sundaram there. Parvathy is giving fitting reply to Vanaja. Sundaram says to Parvathy that he is full. Parvathy asks him to sit and eat. It’s sin to getting up in middle of food. She assures to him that she will talk with Akhila. Vanaja teases Parvathy by saying she forgot her place and literally behaving like the daughter in law of this house. She questions Subdaram Is he too forget his place?

Sundaram deny it. He says to her that son- in- law asked him to take lunch here. Vanaja glares him for mentioning Adhi as ‘ son- in- law’. He immediately mentions him as big brother. Parvathy asks Sundaram to take food ignoring her. Akhila comes there. Vanaja smirks at them and goes near Akhila to provoke her against Sundaram. Vanaja stops Akhila and asks her to look at what’s going on there? She says to Akhila that Parvathy is giving too much place to Sundaram. He is eating here forgetting his place? Parvathy informs to Akhila that Sundaram is weak. His vision also blurred reasoning he is not eating on time! Doctor asked him to eat on time that’s why. Sundaram appologizes to Akhila for doing like this. Akhila asks Subdaram to eat well. It’s sin to get up in middle of food. Vanaja dislikes it. Sundaram lies to her that he is full and leaves to wash his hand. Vanaja thinks to create any problem there. She says to Akhila that Sundaram vision is not well now. She fears that he will make any accident to her. So she asks Akhila to fire Sundaram from his driver job.

Adhi comes there. Akhila stops him and says to Adhi that she wishes to fire Sundaram from driver job. Parvathy signals to Adhi. Sundaram requests her to don’t do like this. Vanaja keeps provoking Akhila against Sundaram. Akhila is sitting silent there. Sundaram pleads with her. Akhila informs to him that she used to think about all except him. She is promoting him to time keeper job reasoning he is on time always. Sundaram refuses to accept it. He asks her to give the driver job to him. Akhila agrees to him. She advises Sundaram to eat lunch. Sundaram agrees to eat there. Sundaram shares his happiness to Parvathy and Adhi. He is eating food with Adhi. Vanaja dislikes it.

July 29, 2021
Chithi 29th July 2021 Written Update on TellyExpress.com The episode starts with Kavin getting ready for an interview. He shows Venba two shirts and tells... 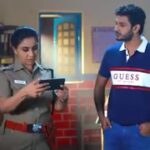 Roja: Mallika appoints Yazhini as CEO of her company 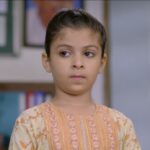 July 29, 2021
Qurbaan Hua Spoilers, Upcoming Story, Latest Gossip , Future Story, Latest News and Upcoming Twist on tellyexpress.com This show is turning out to be something... 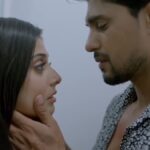 Udaariyan: Gurpreet to learn about Fateh and Jasmine’s secret relationship? 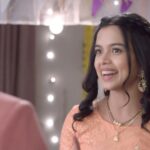