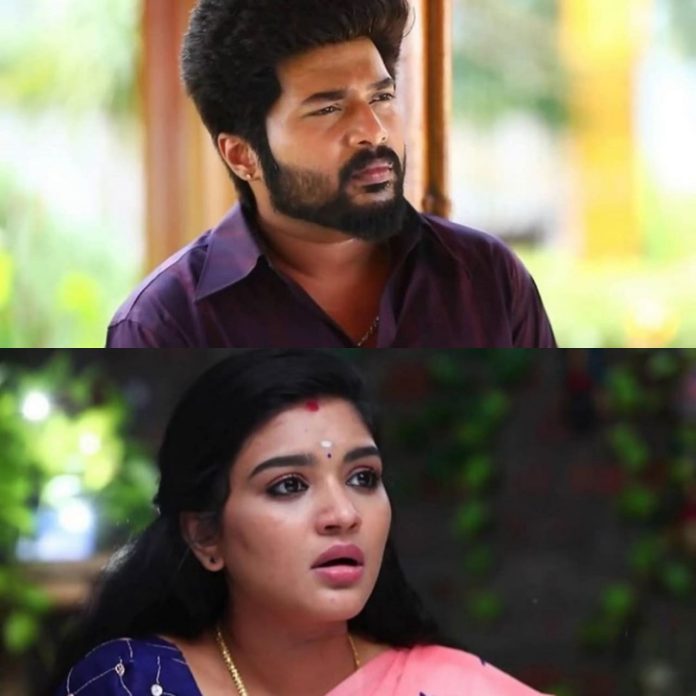 Zee Tamil’s much-loved show Sembaruthi which keeps entertaining its audience with an interesting storyline is now gearing up for further drama.

The story revolves around Akhila and her son Adhi and his love interest Parvathi.

In the last episode, it was seen that Akhila came to know that Arun had fought with the union leader and had beaten him. Akhila questioned Arun about the same and reprimanded him for his immature behavior. Aishwarya went to talk to Akhila. The latter expressed her disappointment and said she was losing trust in Arun. Aishwarya assured Akhila saying she will change Arun. Akhila said she has a belief in her. Aishwarya tried to convince Arun to go back to the office, but Arun got angry and told with a determination that he will not go back to the office or factory.

In the upcoming episode, it will be shown that The nurse will overhear Arun, Aishwarya’s conversation, and will inform Nandhini. The latter will contact Arun’s friend Madan and will tell him a plan. Madam will call Arun and will ask him to meet in the bar. When Arun will go inside the bar, two men will place drug boxes in Arun’s car boot. Madan will make Arun drink till he unconscious and will make him stay with him. The next morning When Arun will go home, Akhila will reprimand him for spending the whole night outside. Akhila will take Arun’s car to the office as her car will be repaired. Otherside Police will wait to arrest Akhila. Nandhini will call Akhila and will tell a pleasant shock will be waiting for her.

Will Akhila get arrested? Or will a miracle save Akhila from Nandhini’s evil plan?