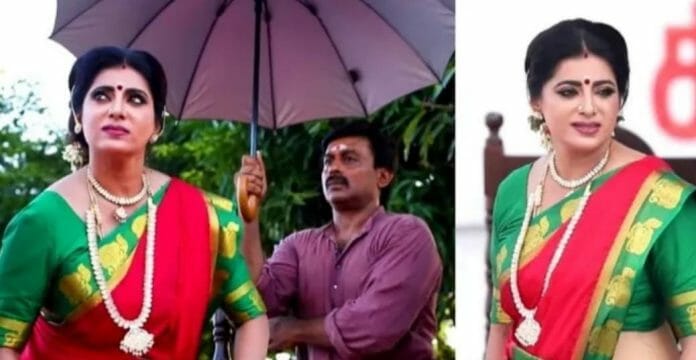 Sembaruthi is Zee Tamil hit show. This story is different with its unique story line. Now this show concentrating Akhila face off with Bhuvaneshwari

In Today’s episode we see; Parvathy learns from Bhuvaneshwari’s henchman about her. She goes to meet Akhila. She mistakenly goes near Bhuvaneshwari and wakes her up. She shares to her that nothing happened to her she will be alright. Bhuvaneshwari enquires her what happened to you? Who is she? Parvathy introduces her to her. Her henchman comes there and says to Parvathy that she is Bhuvaneshwari not her MIL.

Parvathy then meets Akhila and takes care of her. She tells her that she has one surprise for her. She asks her to meet Bhuvaneshwari. Both Aakhila and Bhuvaneshwari feels happy to see each other. Akhila confronts her why did she drove the car faster like that?