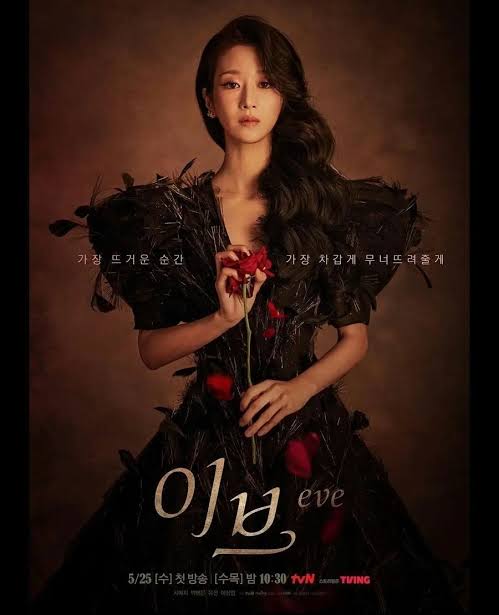 On May 20, the producers of ‘Eve’ officially gave an announcement that they will be premiering the drama on 1st June instead of 25th May as originally planned. They further explained that although ‘Eve’ is a pre-produced drama, several factors including Covid 19 delayed the filming. The drama is postponed by a week as they are still in the midst of filming and there is post production work left.

The producers also informed that they have cancelled the prescheduled press conference due to their tight schedule and clarified that it had nothing to do with Seo Ye Ji’s past controversy as some may have speculated.

‘Eve’ is a story about a rich chaebol’s ( Millionaire) 2 trillion won divorce lawsuit that shocks the entire nation. Interestingly the lawsuit is a carefully speculated revenge scheme that has been in making for 13 long years.Its romance-revenge drama marking the comeback of Seo Ye Ji.