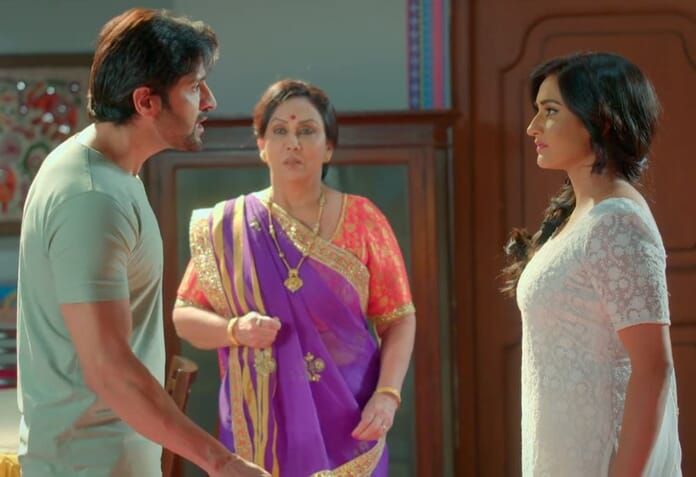 Star Plus popular daily soap Shaadi Mubarak have garnered a huge amount of audience. The gripping storyline filled with twist and turns makes it engaging to the viewers.

In the current track, Preeti gets to know about Vishal’s conspiracy. She gets shocked learning about him being the reason behind, snatching little Preeti’s role and blaming her for it. Meanwhile, Priyanka witnesses her conversation with the school teacher.

Here, little Preeti misses Preeti, but Vishal poisons her mind against Preeti. Later, Preeti confronts him about his deeds. He gets furious and confesses his crime. He blames her for snatching his loved ones from him, whereas Shikha’s mother witnesses their argument. Preeti warns him, not to come in between her and little Preeti. She recalls Shikha’s promise and determines to fulfill it at any cost.

Priyanka informs Neel about Vishal’s motive and decides to help him. Neel prohibits her, but she reminds him about his vow and persuade him to help her. Ahead, Kushala ask them to notify KT about going to London, to check on his uncle’s health.

Further, Vishal’s daughter disregard Preeti making her feel dejected. Preeti tries to convince little Preeti, but she ignores her. Later, Priyanka visits Vishal and introduces herself as Preeti’s boss. She lies to him about, Preeti booking Bangalore tickets for herself and his daughter.

Meanwhile, Preeti have an emotional breakdown remembering little Preeti’s behaviour. She cries her heart out. At that time, she hears KT’s show on the radio. His words comforts her, while she embraces herself with assurance.

Now in the upcoming episode, Some goons will kidnap Kirti and Vishal’s daughter. Preeti will get shocked witnessing it. She will complain about it to the police. Meanwhile, Kirti and little Preeti will gets scared of the goons as they will tie them up to the chair.