The gripping storyline of Star Plus popular daily soap Shaadi Mubarak, filled with twist and plots; makes it engaging to the audiences.

In the current track, KT shields Preeti in front of the debt collector; who tries to misbehaves with her. Preeti worries about the money, whereas KT comes forward to help her. He promises to get her a job, in the company where he works. She gets delighted and finally! ask about his name. He introduces himself as “Keertan” and entwined her in a bond of friendship. Later, he apprise his employees about the plan instructing them to treat him and Preeti as mere employees, in addition to Priyanka as their boss. He determines himself to get Preeti back.

Elsewhere, Preeti comforts little Preeti and promises to always be with her. She drops her to school while KT also drops Kirti. Kirti again misbehaves with Preeti, whereas she blames KT for spoiling his daughter. Further, Kirti bribes the students; in order to resist them from auditioning for the Princess role. But little Preeti did her audition even after Kirti’s warning.

KT brings Preeti inside Shaadi Mubarak and introduces her with Priyanka. Meanwhile, Priyanka takes Preeti inside her cabin, for the interview and shows her through the camera, to Kushala and Sneha. They gets elated seeing Preeti. Preeti gets nervous for the interview and notify about her lack of experience, but promises Priyanka that she will do her best. KT stares her from aside and remembers all the hard work Preeti have done for the company.

Now in the upcoming episode, a man will ask security about KT. He sees KT standing in front of his car and moves towards him. From the other side, Preeti also comes towards Keertan happily. KT looks back and forth in between the two and gets worried.

Will Preeti get the job? Will KT be able to win Preeti back? How little Preeti will deal with Kirti? What destiny have planned for KT and Preeti? 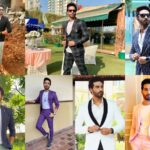 July 30, 2021
The tall and handsome Vijayendra Kumeria has established himself as a successful actor in the industry. Soon after he featured in Udaan, the audience...