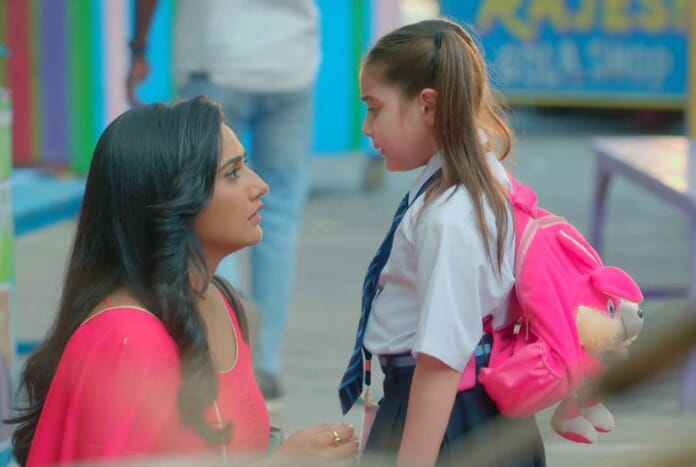 Star Plus popular daily soap Shaadi Mubarak is moving towards the bitter chaos in Preeti and KT’s life.

In the current track, Vishal’s daughter realises her mistake and apologises to Preeti. Vishal witnesses their reconciliation and determine himself to break their bond.

Here, KT dances with Kirti in order to cheer her up. She demands for the Princess role, while he agrees to try for it. Later, at the office Preeti supports an elderly couple in front of their childrens. She tries to make them understand about the feeling of love, while KT backs her up.

KT shares his distress with Kushala, who makes him understand about Preeti and little Preeti’s attachment. Elsewhere, Vishal’s daughter locks herself inside the room. Preeti tries to make her understand, whereas Vishal also blames her for snatching his daughter’s role, due to KT’s pressure. Shikha’s mother barbs her and ask her to accept her fault. Meanwhile, Preeti stays firm on her Statement.

Now in the upcoming episode, KT will narrate his and Preeti’s story to the audience. He will tell about being disguised, in order to get Preeti’s friendship. Further, he will brood about Preeti’s reaction after knowing the truth. He will ask that, whether she will start loving Keertan? Or will go away from him after learning about his lie.

Will Preeti be able to prove her innocence? Will little Preeti and Preeti’s bond gets damaged? Will Vishal’s plan work? What KT will do to save his friendship with Preeti?