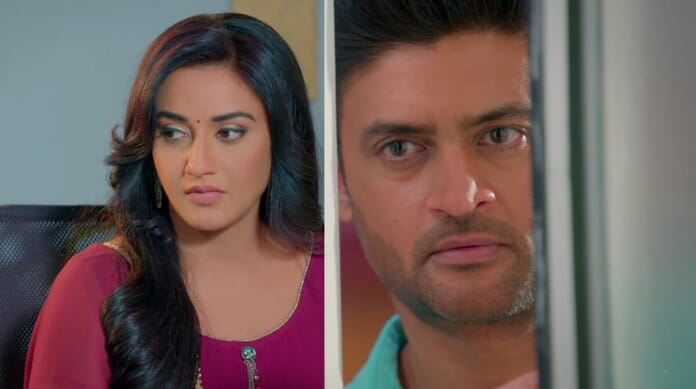 Star Plus popular daily soap Shaadi Mubarak is grabbing the attention of the audiences. Viewers are loving the leap track, whereas the twists in Preeti and KT’s story is keeping them hooked to their television screens.

In the current track, Preeti tries to prove her innocence but Vishal’s daughter denies to believe her. Vishal smirks seeing the rift in between them, whereas Shikha’s mother barb Preeti by comparing her with Shikha. Meanwhile, Kushala comforts KT and fill him with confidence.

Priyanka shares about her views on Preeti and Vishal’s daughter’s relationship. She states that by separating them, they can get their Preeti back, to which Neel rebuke her for being unkind. He utters some upsetting words to her, making her irate.

Here, Kirti appreciates KT for his help in getting her the role of Princess, while he looks bemused. Elsewhere, Preeti gets shattered remembering little Preeti’s behaviour. She goes inside KT’s house to confront him, while Kushala tries to calm her. Preeti talks to KT and blames him for snatching little Preeti’s role. She warns him to give it back to her and proclaim to leave his job. But, Kushala reminds her about the penalty of 10 lakh rupees which she have to pay, if she will leave.

Neel apologises to Priyanka, whereas she ask for his help in order to separate Preeti from Vishal’s daughter. Further, Keertan seek forgiveness from Preeti. She blames KT for causing problem in her life, while Keertan takes stand for KT and tries to convince Preeti about KT’s innocence. Preeti gets doubtful at Keertan and thinks that he is hiding something from her.

Now in the upcoming episode, Vishal will get successful in separating Preeti from his daughter. Preeti will get devastated witnessing little Preeti’s ignorance. Further, Preeti will get shocked seeing Kirti and little Preeti being kidnapped by goons. She will try to save them but gets unsuccessful. Later, she will inform police about the kidnapping and will worry about the kids. Meanwhile, the goons will tie the kids making them scared.

Will Preeti be able to save the kids? Will KT be able to prove his innocence? Will Vishal’s daughter trust Preeti? Will Preeti leave the job?