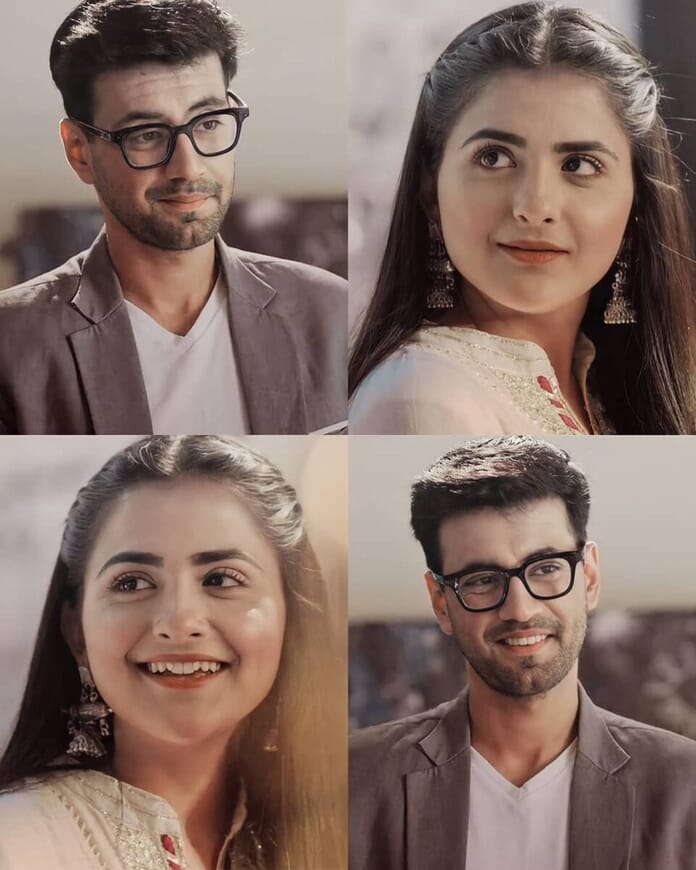 She felt stupid for losing Pallavi for her love for Shaurya. She remembers how he has asked her to be selfless instead of being selfish and she cries. She was soo selfish that even a man who has met her only two times in his life has saw her selfishness. She cries hard. She is crying hiding her face in her hands when she felt a hand on her shoulder. She lifts her head to see Pallavi standing before her. She hugs her and breaks down. Pallavi hugs her back and caresses her hair. Pallavi has come back because she wasn’t able to leave her alone like that. She felt guilty for slapping her like that. She never wanted to slap her but she was angry and disgusted with the way she accused her and humiliated her. She was broken knowing that her friend could think soo low of her. She was always like that and she would always hurt her.

Now She remembers something. Anokhi has always been like this. She always showed her anger and hurted her but she still came back to her to console her and apologise to her. Even Pallavi was always calm but this time she lost it and ended up hurting her. She still don’t understand as to what came up on her that she hurted her and behaved that way with her. Pallavi understood all the new changes in their lives are affecting them hence they need to give some peace to their minds and give time to themselves. Pallavi hugs her as Anokhi keeps apologising to her. She keeps assuring a weeping anokhi that she won’t leave her and she has forgiven her. She keeps assuring her that they are still friends. Anokhi keeps crying in her arms like a child does in her mother’s arms. Pallavi feels bad for her. Anokhi is happy as Pallavi has returned back to her. She now feels how selfish she has been and how selfless Pallavi is. Anokhi decides to be selfless without losing her ownself.

Pallavi makes her stand holding her shoulders and wipes her tears. She shakes her head in no asking her not to cry. Anokhi’s face is now red with the intensity of tears she has shed. Shaurya sees them from the glass door of his cabin and shakes his head. He has got the impression that Pallavi is selfless and she doesn’t think about the humiliation and hurt she has faced that’s why she is still trying to console anokhi. “She is such a selfless soul” Shaurya thinks but still the unpleasant feeling for anokhi doesn’t leave his heart. He looks at anokhi with a slight bit of anger and hatred for her. He sees as Pallavi hugs her and takes her with him. He pities for Pallavi for having a friend like her.

Pallavi and Anokhi reach their flat even though they have classes. Pallavi wants to give anokhi some time to deal with her pain and the shocks she got today. She makes her sit on the chair in their small hall and goes inside the kitchen. She brings a glass of water and makes her drink the water. Anokhi looks at Pallavi with tears in her eyes and apologises to her “I am sorry pallu. I love you and you know that. Then why did you behave that way. Don’t you know that I sometimes lose control over my tongue and say things I didn’t mean. I mean nothing I say in anger pallu and you know that”

Pallavi cups her face and tells her “I know anokhi but always remember one thing even I am a human being and get hurt at times. Even though you don’t mean what you say but still that hurts me. When you asked me to leave, I was broken. You hurted me because your ego was hurt. You not for once thought about our friendship or the way we stayed together. You just chose to hurt me because of your love for Shaurya sir. Loving someone is not wrong but hurting the ones who love you for the ones you love is completely wrong and hurtful. Before hurting just imagine the pain they would go through then you will never hurt them Anokhi”