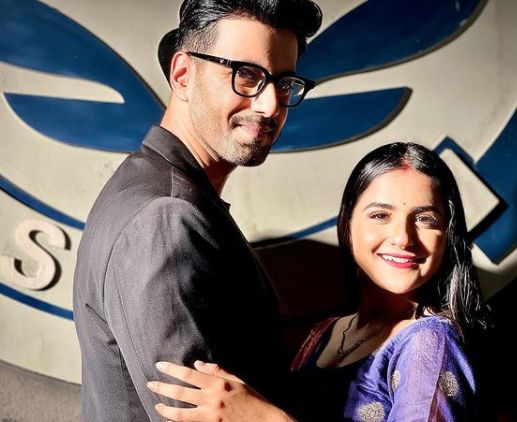 Anokhi is shocked and scared with his sudden outburst. She didn’t know why he is getting personal with her over this thing. She apologies to him “I am sorry sir. I was thinking something and I didn’t see you coming. I am sorry sir”

Shaurya looks at her with disgust shaking his head at her “That’s what I was saying Anokhi. You always get lost in your thoughts and get lost in your so called dream land. You never see things. I am disgusted to have such a student in my class”

Anokhi asks him with tears “Sir why are you saying all these? I didn’t do it intentionally. I swear sir”

Shaurya says with hatred “I am saying all these things because you deserve it Anokhi. You deserve every thing I am saying to you on your face”

Before he can continue, Pallavi cuts him in between and tells him “She don’t deserve it sir. No one deserves it. All I can see is you getting personal over a petty thing. It’s high time you change your mindset sir. It’s high time you stop hating your students personally sir. Learn to treat everyone equally” Saying so Pallavi leaves from there dragging Anokhi with her. Shaurya looks at them with anger but then somewhere he is guilty for his behaviour as well but he is choosing his anger over his guilt. Anger is much better than guilt. You can’t get out of your guilt but you can feed your anger and use it in the right direction. He himself doesn’t understand as to why does he despise her soo much. He just has this hatred in his heart for her.

Pallavi drags Anokhi under a tree and shouts at her “He was treating you like shit and was getting personal but you? You chose to be silent and even shed tears because of his words. What the hell is wrong with you. I was happy with your change and thought process. But not anymore. When I asked you to be selfless and think about things, I didn’t mean for you to shed tears whenever someone humiliates you. Not at all. Anokhi you should also learn to respect yourself. When he was getting personal with you, you should have shouted on his face yaar. He might be our professor but that doesn’t mean he can treat you that way. Even I was angry hearing him but you were cool and wasn’t even saying anything. What is your problem Anokhi? Why did you do that?. This is not something I have expected. I expected my Anokhi to be fierce and stand for herself but she instead chose to be a coward. What is this Anokhi?”

Anokhi looks at her with tears in her eyes and tells her “When he was shouting at me, I didn’t see any anger in him or his eyes Pallu. All I saw was that hatred and disgust for me in his eyes. It broke me Pallavi. I was never expected to see soo much of disgust and hatred in his eyes for me. You don’t know how painful it is Pallavi. The man I am attracted to is disgusted with me. He don’t want to see the goodness in me” Before she can continue Pallavi cuts her in between amd asks her “What did you just say?”

Anokhi looks at her confused and recites the words she has said to her. Pallavi gives her a huge smile and tells her “See. This was just an attraction. You yourself called it attraction with your own mouth Anokhi. You don’t need to be broken or feel broken at all. Your heart has started noticing the differences Anokhi and moreover you shouldn’t run after the man who constantly humiliates you, shows you low, treats you like you are just a piece of shit. You shouldn’t love such a man who constantly tries to show you low. Even in the class, He tried to humiliate you and that’s why he called you to explain Law of Relativity Anokhi. Please stop running after him and start respecting yourself Pallavi” Pallavi pleads her.