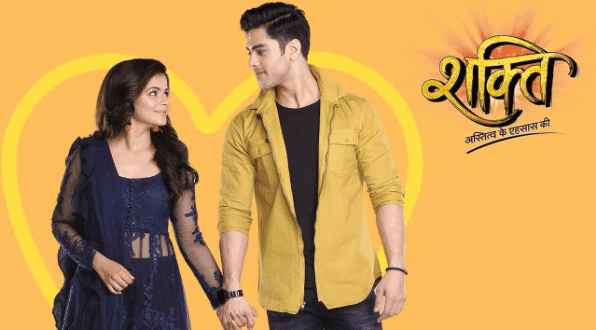 Episode starts with Saumya warning Harman that he can’t call her Gulabo. Harman tries to explain but Saumya says he won’t utter a word. She tells him not to show his face again. Saumya gets into car and leaves. Harman says Saumya didn’t change at all. He prays to Matarani that he wants courage so that he can prove that he is only Saumya’s Harman. Saumya recalls in car how Harman saved her. Saumya wonders how can that person call her Gulabo. Harman only used to say this.

Goons search for Virat. Virat thinks he can beat those goons easily but right now he is worried for Heer. Virat says he won’t let anything happen to Heer. He comes out of the cupboard and starts beating the goons. Heer gains her consciousness. One goon holds Virat at gunpoint. Heer comes in between to save Virat. Inspector comes with constables and they arrest those goons. Heer lies on bed with the help of Virat.

Preeto does the aarti with her family. Saumya enters in the meantime. Preeto smiles at her. Harak says Saumya brought back the happiness in the house. Saumya gets lost in her thoughts. She doesn’t pay attention. Preeto says I know Saumya will find Heer as well. Preeto calls Saumya twice. Saumya says Matarani will make things right. Mahi wonders what happened to Saumya suddenly?

Saumya enters her room and prays to Matarani. Saumya tries to close the window. She asks the moon do you see Harman as well? Saumya misses Harman saying does he remember her?

Virat asks Heer is she fine? Heer says now Virat should understand that trouble comes in his life because of her only. Virat gets irked and says its his decision that he wants to protect her. Heer says why Virat doesn’t want to understand that they can’t live together. He is not letting her go. Virat gets mad and says you think I am forcefully keeping you here? Tell me that you don’t love me. Heer says why she has to remind Virat everytime that she is not a girl. Why Virat keeps hurting his parents. Heer gets emotional. Heer insists Virat to marry for the second time. Sant and Parmeet come and hug Virat. Virat says he is fine. Virat tells Parmeet that Heer was not well so he helped her. Sant gets to know that the goons were sent by Angel. He gets shocked to know that Daljeet is also involved in Angel’s plan. Sant decides not to reveal Daljeet’s truth to Parmeet as she is looking happy after a long time. Sant says he has no relation with Daljeet anymore. Parmeet introduces Kamini’s daughter Nayan to Virat. Virat feels awkward. Parmeet says Nayan is really a good girl. She tells Virat to marry Nayan saying he will stay happily with him. Virat recalls Heer’s words and agrees to marry Nayan. Heer stops and gets heartbroken hearing that.

Saumya stares at the moon. She receives Harman’s call. Harman says he also remembers her all the time. He says they can’t get separated. Harman calls her Gulabo again. Saumya says I told you not to call me Gulabo. Saumya says she will inform Police if he calls her again. Harman tells Saumya to meet him at the place Saumya visits usually. Saumya asks how does he know about that place. Harman tells she will come to that place for sure. Saumya notices Harman from window and then he disappears. Saumya gets confused.

Precap- Saumya goes to that place and sees Harman from behind. Harman decorates the place. Saumya back hugs Harman and gets shocked after seeing him.