Vedant drags Saumya. Saumya ask Vedant to leave her hand. Mr. Bansal says Saumya never loved him and if he would have known it earlier than he wouldn’t have supported him. He says Harman and Saumya can’t be separated.

Vedant gets angry on Bansal. Preeto at Singh house does prayer.

Vedant says this time he will not let Harman and Saumya to unite. He drags Saumya and asks his men’s to close the door. Bansal ask Vedant to open the door.

Harman prays to God and ask to prove that HAYA is made for each other. He asks God to do some miracle.

Mallika and other kinners come to Bansal house and sees door locked. They were about to leave and hears Bansal’s voice. Mallika ask who is inside. Bansal ask to open the door.

Rohan tells Mallika about Vedant. Mr. Bansal ask Mallika to do something to stop the wedding. Mallika says they can’t do anything because of Saumya’s promise but he can call Harman.

Preeto asked what happened. Harman tells everyone about Saumya and Vedant’s fake marriage truth. Preeto stands shocked. He says he is going to bring her back. Harak opposes Harman and says Saumya is not a worthy to bring back.

Harman does argument with Harak and rushes to save Saumya. Otherside, Mallika, Bansal and everyone searches for Saumya and Vedant.

Vedant brings Saumya to the temple. Saumya pleads Vedant to leave her. Vedant ask his men’s not to allow anyone to come till the wedding is over.

Harman drives and thinks of Saumya. He recalls the flashback and says to free him from jail she has done big sacrifice and gets teary.

Saumya says to Vedant that she can’t accept anyone else as her husband. Vedant says but this time she has to.

Mahi says she is with Harman because Harman has no existence without Saumya. Harak speaks against Saumya and ask Mahi to think about her baby. Mahi says she has no problem with Saumya. Ravi asks Singh family to come with her to bring back Harman and Saumya. Preeto ask Harak to support Harman today.

Saumya prays to do God to do something to stop the wedding. Vedant says that today no one will hear her not even God.

Some people fight on the road and Harman gets stuck. He asks them to vacant the place. (Episode Ends) 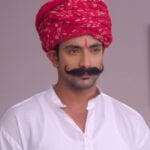 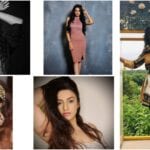 From Rati Pandey to Sumbul Touqueer: Current Actresses who are gorgeous off-screen!

April 13, 2021
ITV Bahu’s fashion is always on point. They look stunning in their shows. Gorgeous divas never fail to rock the look makers give them... 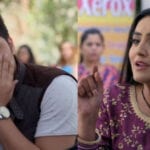 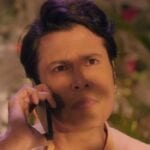 Shakti – Astitva Ke Ehsaas Ki: Harman to insist Saumya for a meet up 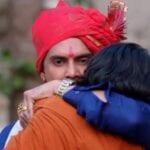 Molkki: Will Virendra be able to save his family? 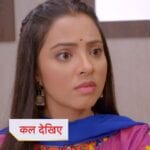