Episode starts with Virat running to find the waiter. He finds him outside. Virat asks him where he went? Waiter says he went to take Puja ingredients. Virat suspects him and says I know you went to storeroom with bag. Virat tells him come with me, I’ll teach you lesson. Waiter pushes him away and runs off. Virat chases him and phones Harman. Virat tells him to handle the wedding drama and he also informs about the storeroom and the disguised waiter who went to the closed store room with a bag and later the bag was not with him. Harman gets confused about what Virat is hinting at and whom he is chasing. The waiter gets into a car and disappears. Virat takes someone’s bike and follows the car.

Harman comes to mandap. He thinks why aren’t they getting any clue about the truth. Simran comes with Mahi. Mahi looks happy in bridal get up.

Virat stops his bike near the car and sees noone is sitting in the car. Virat goes on a lookout for the disguised waiter. Marriage ritual starts. Harman sits beside Mahi. Angel’s goons put black cloth on Virat’s head. They attack him with sticks. Virat kicks them off and beats them with covered face. But he fails to defend himself after some time. He falls unconscious and one goon removes the cover from his face. There Priest starts chanting the mantra and Simran goes to tie the gathbandhan. Harman gets lost in thoughts. He recalls his marriage with Saumya also the moments he spent with Saumya after returning back. He feels uneasy. (Tu hi mera khuda plays in background)

Angel gets to know about Virat and tells Daljeet it’s time to celebrate freedom. Priest tells Harman to give his hand for performing the ritual. Harman doesn’t listen to him, Mahi tells Harman to do it. Harman thinks Saumya trusts Matarani and he also trusts her so Matarani should show him the right way. Priest tells Harman to focus on rituals. But Harman suddenly opens his eyes in his mind he understands what Virat was trying to say. He thinks if Angel’s informer entered this house and went to store room then why he came with a bag. Harman gets up shocking Mahi and then he unties the gathbandhan. Mahi gets shocked and she shouts Harman. Harman starts running. Harak and Preeto also try to stop him.

Angel orders her men to kill Virat which shocks Daljeet. The goon is about to shoot Virat but Matarani does some miracle and wind blows suddenly. The goons find it difficult to see anything because of dust. Virat gains his consciousness and comes with a rod. He beats all the goons. They run from there after getting scared.

Angel and Daljeet try to elope but get shocked seeing Harman and other family members in the store room. Harman looks at them angrily. August 5, 2021
After a huge success of ‘Baarish Ban Jana’ fans favorite, ‘ShaHina’ is all set to make a comeback with another romantic track. Kashmir buddies... 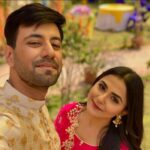 Shaurya and Anokhi’s fame Karanvir Sharma and Debattama Saha to be seen in a... 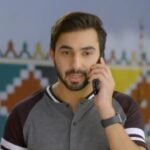 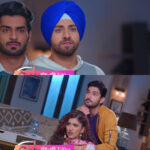 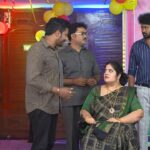