Episode starts with Heer, Rohan and Soham purchasing balloons. Meanwhile, Vedant hides under the veil and runs away with Heer pushing away Preeto and Rohan. Mallika orders her gang to rescue Heer from Vedant.

The Balloon vendor stops  Vedant and gets him unveiled in front of everyone. He hides his face so that Rohan don’t recognize him. The duo fights with each other. Vedant hits the man with the stone and runs away. Kinnars runs behind Vedant but don’t find him.

Man comes and asks Heer is she fine. Heer says yes. He takes Heer to Preeto. Preeto gets happy. Heer invites the balloon vendor home.  Preeto comes back home and explains to the family what all happened at the market. Saumya worries for Heer. Later, Harak Singh accuses Saumya again for all the mess. Preeto supports Saumya. Harak ask Preeto and Saumya not to interfere in his matter.

Further, Harak appoints the balloon vendor as Heer’s bodyguard. Preeto, Saumya and others stands shocked. Preeto and Saumya tries to interrupt but Harak ask them to stay quiet as he knows well what he is doing. Harak ask Veeran to show the man his room. Mahi thinks it’s good if not Mallika than Vedant will take away Heer.

Mallika scolds her gang for showing carelessness. She asks them to take care of Heer from now onwards. Mahi calls Mallika and ask Vedant’s number. Mallika ask why. Mahi says because she wants to request Vedant to take away Heer.

Next Week:  Saumya thinks to enquire about the man. She goes and checks the stuffs of the man. Saumya gets shocked learning that man has told lie that he stays far from Gurdaspur but his identification card says he stays nearby Gurdaspur only. 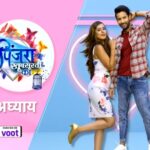 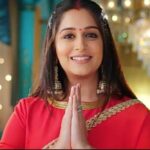