Harman goes to his room. Preeto asks him is he sure about his decision. Harman assures her he will make things right. He tells her to trust him. Preeto says she trusts him and she leaves. Virat comes to Harman’s room. Harman asks him why is he not spying on Mahi. Virat says Mahi is getting ready. He talks about the last night incident when Harman couldn’t find Mahi when they saw a shadow, if it was not Mahi’s then who entered. Harman says he is also wondering why Angel didn’t call Mahi last night and what are they upto. What’s their next move.

Angel laughs and Daljeet asks the reason. Angel says Virat is going to die which shocks Daljeet. She tells him not to get emotional but he should think practically. Virat will get his punishment for becoming Angel’s enemy. Angel goes out and says to Daljeet she will kill Virat and later they will elope together by taking advantage of the situation. Harman is about to see Angel and Daljeet pulls her inside. Daljeet tells her to be careful else she will get caught. He says Angel took risk by choosing Harak’s house store room as her hideout place. Angel says she had no choice because Police are behind them and whatever she planned is perfect. Angel recalls how she trapped Parmeet by transferring similar pic to her phone at night when she was asleep.

Virat and Harman keep discussing about what’s wrong. Everyone insists Mahi to dance. She dances happily with Simran and others. Virat says Mahi looks happy, she is not stressed. Mahi dances with Harman and Virat goes to Mahi’s room to check her phone. He doesn’t see any calls from Angel. He thinks how is it possible that Angel is still not contacting Mahi.

Angel says how she took advantage of the situation when everyone was accusing Parmeet, she went to Mahi’s room and hid the phone in washroom. Angel says Virat and Harman are confused now, they are thinking Parmeet and Mahi are in my team but that’s not the truth. She laughs and praises herself. Daljeet says but Harman loves Saumya, he won’t marry Mahi. To which Angel says if that happens Mahi will create a huge scene in this house. Angel tells her informer is present here and soon he will kidnap Virat to finish his chapter. Here everyone will be busy in wedding function and she will elope with Daljeet.

Harman tells Virat if they are failing to see any clue. Later Virat walks looking at his phone and bumps into the disguised waiter. He drops his phone when Angel was on call. Virat picks it up and waiter gets nervous. Virat gives the phone to him and asks why he is going to store room. Waiter lies to him saying Preeto told him to go there. After that Angel tells her informer to do his job properly.

Preeto gets tensed thinking only marriage is left now, all rituals are finished. Virat asks her is she fine? Preeto says how can she be fine as whatever Harman is doing is not good at all. She is worried about Saumya and Heer too. Virat tells her to calm down and asks if she told any waiter to go to store room. Preeto says she didn’t. Virat grows suspicious thinking that waiter might be Angel’s partner. 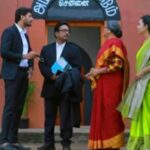 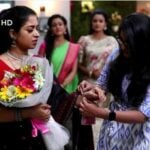 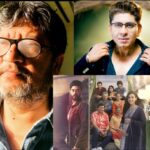 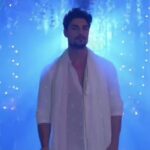 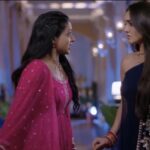