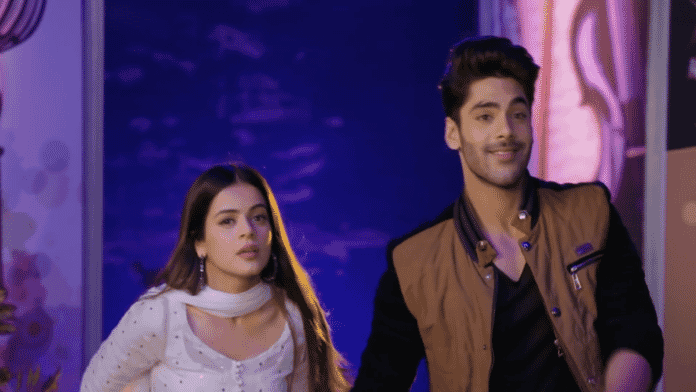 Colors TV long running show Shakti Astitva Ke Ehsaas Ki has been dealing with an important issue since the beginning. It portrays a transgender’s struggle of seeking validation. Saumya and Heer both have left a powerful impact on the audience. Recently Heer and Virat have started a new chapter of their lives and started going to college again as strangers. After getting into several fights Virat and Guru have become buddies finally.
Guru’s liking towards Heer will bring any new changes in the storyline or not, how will Guru react after knowing Virat’s relation with Heer? It will be interesting to watch.

Heer also cautioned Parmeet so that she doesn’t try to separate Heer and Virat again. Later Heer and Virat enjoyed each other’s company in the middle of the road. They went to have coffee but seeing Guru and his gang Heer hid. Virat made an excuse to cover up the matter in front of Guru. Guru forced Virat to hangout with them. They reached a club and Heer also followed them.

In upcoming episodes viewers will witness that Heer and Virat both will get drunk and in that state they will try to confess their truth to Guru. Later they will somehow control themselves and will dance together on the street in intoxicated state.
They will reach home and will fall asleep. Next day Virat will tease Heer saying they should have uncovered their truth to Guru. In college Heer will meet one girl named Geetu, who will claim to be a caretaker and who needs money for her father’s treatment. Heer will appoint Geetu as their house help after seeing her good nature. Virat will agree.

Does Geetu have any other intention?

Will Virat and Heer get stuck into another problem?